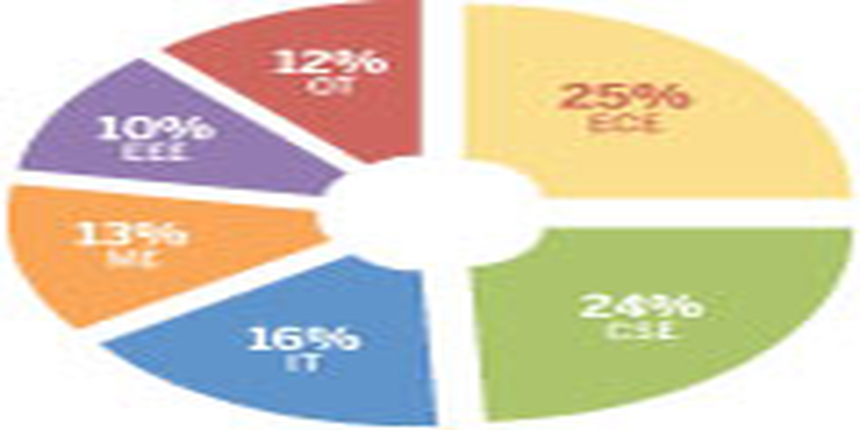 Being the capital, Delhi has some of the best engineering institutes including the Indian Institute of Technology - the fifth IIT after one each in East, West, South and North (as recommended by the Interim Report of the Sarkar Committee, 1946). Interestingly, it was proposed to the Planning Commission that Northern Higher Technological Institute should be in Delhi instead of Kanpur, which was located in the Central Region. IIT Delhi thus came up as an IIT in 1963. Another important institute is the Delhi Technological University (formerly Delhi College of Engineering) which admits through AIEEE and has the largest intake with 1531 seats. Mechanical Engineering and Electronics & Communication at DTU have 185 and 184 seats respectively. This university also has specialized disciplines such as Software Engineering, Engineering Physics and Mathematics & Computing Engineering. The Northern India Engineering College; Faculty of Engineering & Technology, Jamia Milia Islamia; Maharaja Agrasen Institute of Technology and Netaji Subash Institute of Technology (NSIT) feature amongst colleges where the seat-intake is more than 500. Ten institutes have more than 300 engineering seats at the undergraduate level.

Among the 17 CCET institutes in the current year, most of the student intake (approximately 65%) is in three disciplines: Electronics & Communications  Engineering (1580); Computer Science Engineering (1520); and Information Technology (1000). The other prominent branches in Delhi are Mechanical (800) and Electrical & Electronics (660). Three other disciplines have a fair share of intake: Electrical Engineering (200), Instrumentation & Control (120), and Civil Engineering (350).

Students can gain admission to the Engineering Colleges in Delhi through either of the following routes:

For CET, the test paper contains 150 objective-type questions in all with ultiple choice answers that carry four marks each. One mark is deducted for each incorrect answer. The medium of the two and a half hour duration written test is in English. After the declaration of results, the counselling sessions begin for the merit list candidates. Seat allotment is made only when the candidate attends the counselling session in person. He/she is called in order of merit/rank and has to produce the required documents for verification. Depending upon the merit, the seats are offered to candidates as per availability of seat at that point of time. Each candidate chooses a seat out of those available as and when his/her turn comes. It is important to note that a candidate, who has taken admission during 1st counselling, and then withdraws his/her admission is not considered for admission in 2nd counselling.

For CET, student needs to have passed Class 12th of 10+2 pattern of CBSE or equivalent with a minimum of 55% marks in aggregate of Physics, Chemistry and Mathematics along with a pass in each subject individually. He/she must have additionally passed English as a subject of study in the qualifying examination. Further, the maximum age is 21 years for all applicants.

The minimum academic qualification for admission through AIEEE is a pass in final exam of 10+2 (Class XII) or its equivalent referred to as the qualifying exam. Those appearing in 10+2 (Class XII) final or equivalent examination may also appear in AIEEE for consideration of provisional admission.