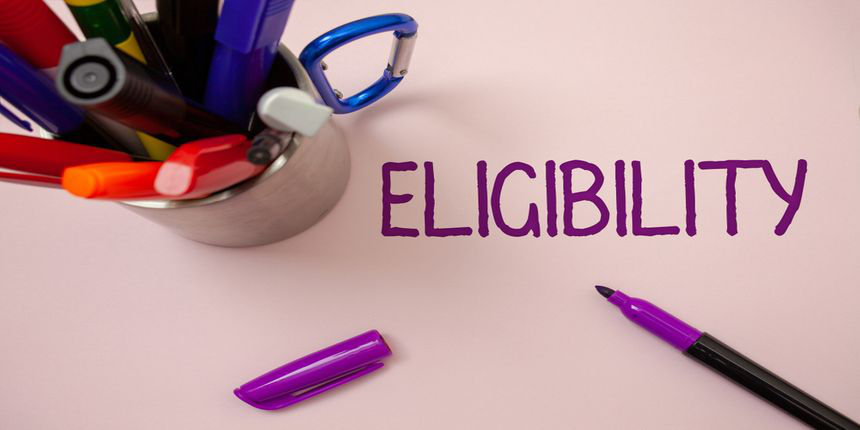 The conditions of eligibility are divided into two main categories which include educational qualification and nativity. Check below the details about KCET eligibility criteria 2021.

Candidates fulfilling the below criteria are also eligible for government seats.

Migrant Candidates of Jammu and Kashmir

Children/ Ward of Members of Parliament

Question: Where can I check the KCET eligibility criteria 2021?

Candidates can check the KCET 2021 eligibility criteria through the official brochure.

Question: What is the KCET 2021 eligibility criteria?

As per the KCET eligibility criteria, the educational criteria for exam is passing class 12/PUC examination. Candidates who have appeared in their class 12/PUC examination in 2021 and waiting for their result can also apply for KCET 2021. Candidates must have Physics and Mathematics as compulsory subjects in their class 12 along with Chemistry/ Biotechnology/ Biology/ Electronics/ Computer Science as optional subjects with English as one of the languages of study

Question: Can an NRI candidate apply for KCET 2021?

No, the candidate must be a citizen of India for KCET 2021.

KCET Application Form Correction 2021- Check what can be edite...

KCET Candidate Login 2021 - KEA is expected to release the off...

how to give kcet if I m non Karnatak student

See even you belong to any state other than Karnataka then also you can appear for KCET because there is no any restriction for other state students to apply for KCET. As per the eligibility criteria of KCET, to be eligible for KCET one should  satisfy the given conditions :-

>> He/she should be a citizen of India.

>> He/she should have passed the 2nd PUC/Class 12/equivalent examination with Physics and Mathematics as mandatory subjects from any of the recognized central/state board.

>> Along with the mandatory subjects mentioned above, He/she should have any of the enlisted optional subjects

For complete details about the eligibility criteria of KCET kindly check out the link given below :-

1)when is KCET exams 2021? 2)What are the eligibility criteria ? 3)How is KCET score decided? 4)How according to the score does admissions done? 5) Which are the Colleges that accepts KCET score in Mangalore? [For Engineering]

1.KCET 2021 entrance examination is scheduled on August 28 and 29, 2021. As of now only the exam is date is announced. The application process has not yet started. To check the schedule are updates click on the link below

2. The eligibility criteria to appear for KCET 2021 is that a candidate must have passed 12/PUC examination with Physics and Mathematics as compulsory subjects along with Chemistry/ Biotechnology/ Biology/ Electronics/ Computer Science as optional subjects with English as one of the languages of study. Candidates who are appearing in 12/PUC examination in 2021 and waiting for their result can also eligible to apply for KCET 2021. Candidates belonging to general category must score minimum of 45% marks in the optional subjects in the qualifying examination  and for candidates belonging to SC, ST, Category-I and OBC (2A, 2B, 3A and 3B) it is minimum 40% aggregate marks. The candidate must be Indian. To check the detailed eligibility criteria click on the link below

3. KCET 2021 is conducted for 180 marks. Based on the marks scored in KCET the ranks are allotted and the admission is based on the rank of the candidate.

4. After KCET results are declared the counselling will start the eligible candidates must apply for KCET counselling. The candidates need to fill the counselling form and provide their details. They have to select the preferences of college and branch in the online choice filling form and lock their preferences. The seat allotment will be released by the authorities based on the cut off rank, category of the candidate, rank, seat availability and choice of colleges and branches. To check the KCET counselling details click on the link below

5. You can check the complete list of colleges participating in KCET counselling using the link given below

Till now KCET 2021 Application form has not been released so you cannot fill the form until and unless it gets released by the competent authorities. As of now only KCET 2021 exam dates have been announced that goes like :

When the application forms will be released will only be released on the official website that is mentioned below :-

Note that all above mentioned exams will be conducted in offline mode.

For complete details about KCET 2021 kindly check out the link given below :-

Admission in pharmacy course whether it is in diploma , graduation , m pharm or  pharm d candidates should have pass in 12 science with PCB group up with at least 50% marks and appear for KCET examination that is Karnataka common entrance test for pharmacy course. So what are the pharmacy colleges will check the PCB rank in KCET

No, the application window for KCET 2021 is not yet opened. The official date for the KCET 2021 registration will be announced by the authorities but it might get delayed due to the surge in Corona virus cases. You need to be a little patient until then and prepare for the entrance test. The notifications related to KCET 2021 will be published in the official website so you need to check for the updates from time to time. The link to the official website is given below