VITEEE Cutoff 2020 - Vellore Institute of Technology is the conducting body of VITEEE 2020 and is responsible for releasing VITEEE cutoff. VIT is not likely to release the cutoff this year as the institute did not release the VITEEE cutoff last year and the VITEEE exam has also been cancelled. VITEEE 2020 cutoff is the closing rank above which candidates will be given admissions at different campuses of VIT. As the institute does not release the cutoff, candidates are advised to check the VITEEE cutoff of previous years to get an idea about their chances of admissions. The VIT Amaravati and Bhopal campuses are relatively new, so the cutoff of these institutes is not available currently. However, candidates can check VITEEE cutoff for VIT Chennai and Vellore campus through this article. The cutoff will be determined after considering various factors such as total number of candidates appeared for VITEEE, availability of seats and other things related to the exam. Go through the complete article to know more about VITEEE 2020 cutoff.
Latest: VITEEE 2020 counselling registration has commenced; VITEEE 2020 result announced. 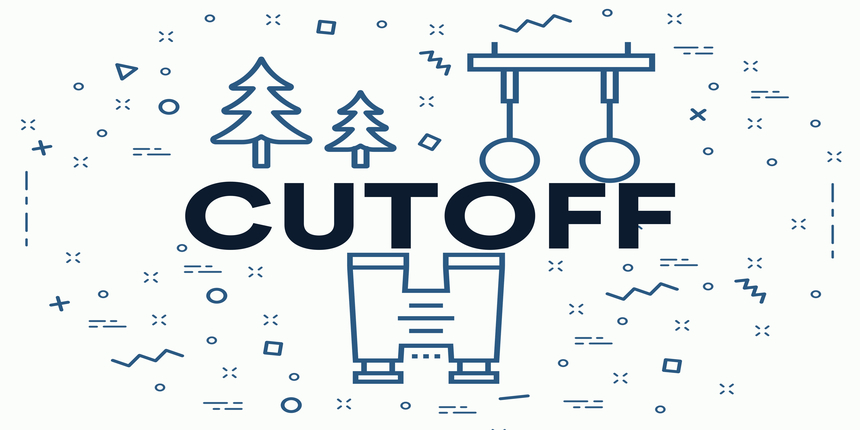 Factors that will determine VITEEE cutoff 2020

The following factors will decide the VITEEE 2020 cutoff:

Given below is the list of various courses and programmes offered at different campuses of VIT:

Question: Does VIT release the cutoff of VITEEE?

There are less chances of the cutoff being released, since it has not been available for the past few years. However, if released, it will be available in the article of VITEEE 2020.

Question: Which factors will be taken into consideration while preparing the cutoff?

While preparing the cutoff, the authorities will take factors such as level of exam difficulty, number of appeared candidates, number of available seats and previous year cutoff trends into consideration.

Question: What is the advantage of knowing the cutoff beforehand?

By knowing the cutoff beforehand, the candidates will be able to know their chances of admissions into the institute.

Question: What is the criteria for admissions into VIT?

Candidates have to qualify the entrance exam and secure ranks within the cutoff to have a higher chance of admissions.

The VITEEE 2020 answer key will not be released by the VIT Uni...

VITEEE Exam Centres 2020 - Candidates can check the list of ci...

Is questions given in VITEEE asked from syllabus provided by Vit ?is there any chance to ask question in VITEEE out of syllabus?

Most of the questioms in VITEEE are from 12th syllabus, but to be clear in that topics your 11th portion should also be strong. And yes almost all the syllabus is from syllabus provided by VIT, only few questions come from outside. As there is no negative marking you should attempt all the questions. Also solve from ncert and you are good to go!

I got compartment in 12th,do Vit vellur accept me,if got good rank in VITEEE exam?

See, you should have valid  XIIth score so that the VIT counselling authority accepts your rank. Atleast you must have passing score of 10+2 as the 75% criteria has been relaxed. You can apply for compartment exam and can qualify the XIIth class and then you can get admission in VIT.

Hope I answered your query .

the basic eligibility criteria to appear for VITEEE 2021 is candidate must have passed their 10+2 from any recognized board  with science stream subjects having physics, chemistry mathematics/biology and english and candidate must have secured a minimum aggregate of 60 percent marks in PCM/PCB in class 12th , candidate must be at least 17 years in age as on 1st july 2021.

i appliedfor vit. i have my username and password.by these,how will i know my application no of viteee

Hello,
If you login to the portal of VITEEE 2020, you can find all the details such as your VITEEE 2020 application form number.
As you have registered for VITEEE, you must have received a confirmation email into your registered email address which you entered at the time of registration. The email contains all the details such as your application number and also your username.
Moreover, you also received a confirmation message into your registered mobile number. You can also look into the message for you Application number.
Please keep your VITEEE 2020 application form number, username and password safely in a note as they would be required later.
Hope it helps
Read More
Answer

vit vellure or nit trichi or iit Indore mechanical .which is better

You can use our college comparing tool for a detailed comparision of colleges. I am giving link of the comparision below:-

For details of every college you can go through the below mentioned links:-