JEE Main 2020 Analysis & Cutoff by FIITJEE - The coaching institute FIITJEE will release the analysis & cutoff of JEE Main 2020 after the entrance exam is completed. The analysis of JEE Main 2020 will help the candidates to know about the difficulty level of the exam, topics covered, weightage of units, minimum marks required to get admission and more. Going through the JEE Main 2020 cutoff candidates can get an idea about their admission chances in their desired colleges and courses. The national level entrance exam JEE Main will be conducted twice in computer based test mode, once in January and then in April. JEE Main January session was conducted successfully, while the April session will be held from April 5, 7 to 9 and 11, 2020. Read the full article to check the detailed JEE Main 2020 analysis & cutoff by FIITJEE.
Latest: JEE Main 2020 January Result has announced; download scorecard now. 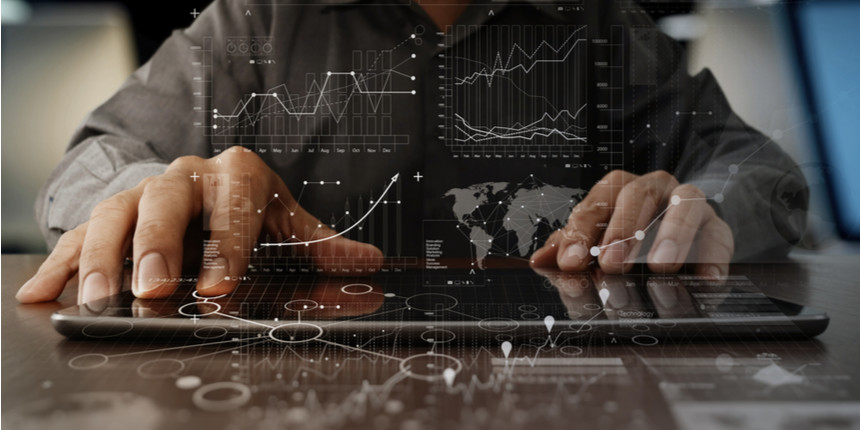 The analysis will be released by the experts of FIITJEE once JEE Main 2020 is concluded. As soon as it is released it will be updated here. Meanwhile, candidates can check the previous years’ analysis & cutoff of JEE Main.

Overall, the paper was easy to moderate as per the students. Compared to the January session, the difficulty level was almost similar. Physics was relatively tougher. The spread of questions was from almost all chapters from class XI & XII. The level of difficult as per feedback from students:

Overall the paper was of easy to moderate level as per students. No errors were reported from students as such. The exam had equal weightage given to chapters from 11th and 12th standard.

According to the analysis, Mathematics was of moderate level, Physics was relatively tough as compared to Chemistry and the Chemistry section was overall easy. No technical errors were reported.

Overall the difficulty level of the examination was easy to moderate as compared to the previous year papers. There were no reported errors in the examination. The paper had three sections:

The overall difficulty level of JEE Main was less than the previous year.

As per the FIITJEE, section of Mathematics in Paper 2 was a bit tough. However, the questions were not very difficult but they were tricky. According to FIITJEE, the paper was of moderate level. Those who had practised well could have solved the paper with confidence.

However, candidates can meanwhile check previous year cutoff of JEE Main by FIITJEE from the table below.

According to FIITJEE, the expected cutoff of JEE Main 2018 Paper I was around 86 marks.

Question: What does the JEE Main analysis mean?

It is the analysis of the difficulty level of JEE  Main by experts.

Question: What is JEE Main analysis and cutoff by FIITJEE?

FIITJEE is a coaching institute whose experts analyze the examination with student opinions and calculate the probable cutoff for JEE  Main.

It can not be said to be accurate because the one released by National Testing Agency is the ultimate.

Question: How does the JEE Main 2020 analysis by FIITJEE help?

Candidates can try to understand the chances of qualifying the exam because the result for a difficult exam is somewhat contrary to that of easy level.

I am a girl from kerala.How much should I score appx in upcoming jee mains for cse at nit calicut

Amit M Agarwal's Integral Calculus Book by Arihant Publications is one of the best books for Jee Main Mathematics Preparation. This book has quality problems as per the level of Jee Main, so solving these problems can help you to understand the type of questions actually asked in Jee Main. It is a highly recommended book to develop a strong basic in Integral Calculus. Integral Calculus carries enough weightage, so to perform best you must practice and prepare well. This book has variety of numerical problems to solve. But first you must start with NCERT Textbooks as NCERTs are written in simple Language which is understandable by everyone. For in depth knowledge in theory, you should prepare from NCERTs first. Then you can move on to solving complex problems from standard reference books.
Read More
Answer

I got 92 percentile in jee main .I have any chance at nit roulkela OBC and Home state

With 92 percentile you would be getting 84500 CRL rank approximately.

The highest closing OBC category rank in NIT Rourkela for home state last year was approximately 20,000 for food processing engineering and Biomedical engineering. With 92 percentile you would not be getting even this much rank. For further reference you can use the following college predictor tool: https://www.careers360.com/college-predictor

Try doing better in September session. All the best.

Hello I am study in punjab school education board can I crack jee main or jee advance exam ?

Ofcourse you can crack jee if you prepare well. It will ultimately depend on your hardwork as well as smart work.

Some tips to prepare for JEE:-


It doesn't matter from which board you are studying, you can crack the exam with proper prepration.

Click the link below to know more about JEE preparation and exam.

Which is the best book for organic chemistry for jee mains not for advanced?

Here are some suggestions of books for JEE mains.


To know more about JEE mains books click the link below.

hope you find it helpful.
all the best!
Read More
Answer