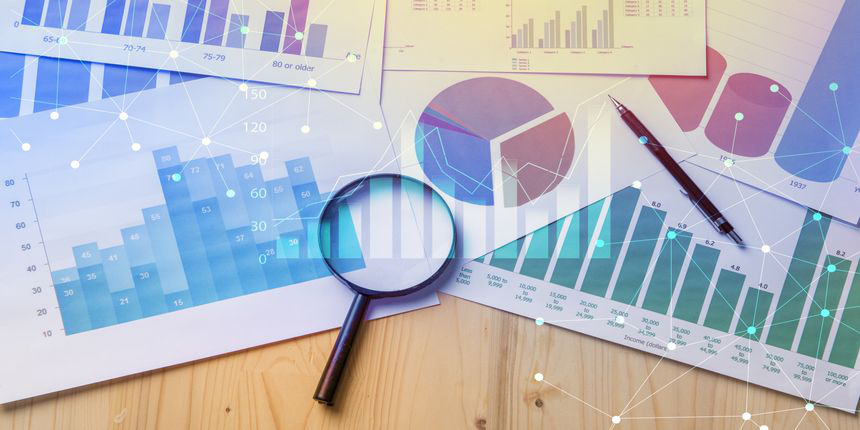 Candidates can check the JEE Main 2020 September exam analysis here. Careers360 has conducted an exclusive coverage of the exam and updated this JEE Main paper analysis on the basis of student reviews.

NTA concluded JEE Main 2020 Paper 1 for September 6 (slot 2). As per the students, the examination was of moderate to difficult level. Most of the candidates had no complaints about the examination and reported that all protocols were followed by the authorities:

Mathematics - Difficult and lengthy. The questions in this section were from Vectors, 3D, coordinate geometry, algebra, differentiation, calculus, parabola and limit.

Physics - Difficult and tricky. This section did not have tricky questions

Chemistry - Easy. Organic section was tough but inorganic was easy. Physical chemistry questions were mainly from acid and base.

JEE Main 2020 paper 1 for September 6 first shift is over. Candidates can check here JEE Main September 6 analysis on the basis of students input who appeared in the exam.

To check the detailed JEE Main analysis for September 1 (Shift 1 & 2), watch the video

Check day-wise analysis of JEE Main 2020 September from the table below:

JEE Main 2020 September 5 was conducted as a 3 hour paper in two shifts - 9 AM to 12 Noon and 3 PM to 6 PM. According to the analysis, the exam was of moderate difficulty and Physics was the most difficult section. Questions in Physics were time consuming while Chemistry was easier and gave equal weightage to all units. Mathematics was moderate to difficult with some tricky questions.

On the basis of the JEE main 2020 exam analysis September 5 from students, the overall difficulty level of the exam was moderate to easy. Candidates were able to complete the JEE Main exam within the given time.

Mathematics: Questions asked in the Maths section were of moderate level. Most of the questions were asked from Calculus, Algebra &amp; Coordinate geometry.

As per the feedback from students on JEE Main 2020 analysis, almost all chapters of Class XI and XII CBSE Board were covered in all three subjects.

Physics: The difficulty level of the JEE Main September 4 Physics paper was easy to moderate. The Physics question paper had more fact-based lengthy questions. Many questions were asked from the rotation chapter. Also, some numerical based questions had lengthy calculations.

Chemistry: In the Chemistry paper, more weightage was given to class XII chapters. Most of the questions asked in the JEE Main Chemistry paper were from Inorganic and Organic Chemistry. According to students, the level of questions was above the NCERT level.

Overall the JEE Main shift one question paper for September 4 was balanced and of moderate difficulty level. However, the JEE Main paper 1 was a little lengthy as compared to past papers.

Physics: The paper was of moderate level but consisted of more calculation based questions. Integer type questions were calculative. Questions asked in the JEE Main Physics question paper were from all topics like Electrostat, Mechanics, Optics, and Modern Physics.

Chemistry: Chemistry paper was easy. The questions in this section were mostly theoretical with Organic Chemistry having a higher weightage as compared to Physical and Inorganic. Most of the questions in the JEE Main Chemistry question paper were from NCERT.

Mathematics- Maths section was lengthy and calculative as compared to Physics and Chemistry. Due to lengthy calculations, many students were unable to attempt this section completely.

As per the feedback received by students who appeared in the morning session, question paper can be said to be difficult. The complete JEE main syllabus had been covered and questions in each subject were from all topics. Questions asked from Physics was the most difficult subject and questions from the informative part of Chemistry were also difficult. Maths questions from almost all topics of syllabus and 3-4 questions in Maths were of integer value answers. Binomial and standard deviation questions also asked in Maths. Questions from Physics were tricky and lengthy requiring elimination and approximation to arrive at solution. Mechanics part had 3-4 questions, 1 from EMV while modern physics was less. In Chemistry, numerical questions from conduction, electrochemistry and photoelectric effect were moderate. Informative questions from organic and inorganic chemistry were a bit difficult like chemical reactions of novestrol and questions from environmental effects from thermal power plants.

The evening paper was easy in terms of difficulty level, as per the reaction from students who appeared in the exam. Physics part was moderate with equal weightage of numerical and theoretical part. Questions from mechanics were easy while that of EMV was moderate. Optics part was less on paper. In Chemistry, the Organic part was most difficult where SN-2 reactions and Aldol-Cannizzaro and organic drugs questions were asked. In physical chemistry, the electrochemistry and equilibrium part was also asked. In inorganic chemistry, easy questions from coordination and P-block were asked. In maths, most questions were from Integration, differentiation and vectors while some questions were also from relation and reasoning, In all, topics of class 11 and 12 were equally asked in all subjects.

Q. Where is Notre Dame Cathedral?

Q. Where does the President of the USA live?

Q. Why is beam used in buildings?

Ans : Bemas are used as critical support or the main framework in buildings.

Q. Whose residence is Downing street?

Ans: Downing Street is the official residence of the First Lord of the Treasury, the Prime Minister of the United Kingdom.

Q. Where is Bara Imambara located?

Q. A thin liquid film formed between a U-shaped wire and a light slider supports a weight of 1.5x 10-2 N. The length of the slider is 30 cm and its weight negligible. The surface tension of the liquid film is -

Q. An equation of a plane parallel to the plane x-2y+2z-5=0 and at a unit distance from the origin is?

Q. Draw a highway road diagram with car and truck in opposite direction

Check day-wise analysis of JEE Main 2020 from the table below:

According to the JEE Main analysis for 2019, the examination was moderate in difficulty level.

Check day-wise analysis of JEE Main 2019 from the table below:

In a year, students can appear for JEE Main twice as the exam ...

NOW IAM IN 12TH AND IAM GOING TO WRITE JEE MAIN 2021 MARCH,APRIL,MAY FOR JEE CAN WE PREPARE ONLY 11TH SYLLABUS?IS IT ENOUGF ?IFENOUGH MEANS HOW MANY MARKSCAN WE GET BY PREPARING ONLY 11TH PORTION. BECAUSE TO FINIDH MY SCHOOL H.W,IT TOOK FULL OF MY TIME OR CAN WE PREPARE JEE PORTION WEIGHTAGEWISE?

Dear student,
In jee mains, the weightage of class 11th topics is almost 40% and the rest is from class 12th syllabus. If you just prepare the 11th class syllabus, already you are behind those people who have also studied class 12th properly. But at this point of time you do not have much time, so I would suggest you to revise class 11th syllabus properly so that you score as much as possible. It just depends on you now, if you study nicely then you can crack jee otherwise it would be very difficult yo crack jee with 40% preparation. You can also check out the topics with maximum weightage and prepare them well. I have mentioned a link fo it:
https://engineering-careers360-com.cdn.ampproject.org/v/s/engineering.careers360.com/articles/jee-main-syllabus-weightage/amp?amp_gsa=1&amp_js_v=a6&usqp=mq331AQHKAFQCrABIA%3D%3D#amp_tf=From%20%251%24s&aoh=16115412898439&referrer=https%3A%2F%2Fwww.google.com&ampshare=https%3A%2F%2Fengineering.careers360.com%2Farticles%2Fjee-main-syllabus-weightage

The marks from careers360 mock test and actual JEE mains exams, how off are they from each other ?

Dear student,
The mock tests are designed in such a way so that they match the level of jee mains questions, also they are kept a little bit more difficult so that students push their limits. If you are scoring suppose 150 marks in jee mains mock tests of careers360 then you can expect a score of around 160-170 in jee mains. The questions in the mock tests are designed on the basis of previous years questions and according to the weightage of each topic.
Read More
Answer

can I do Btech with jee mains preperation

Yes , of course you can if you are determined and focused. I assume you are asking this because you are aiming to get a better college with JEE score while you have already joined B.Tech is a college to avoid wasting a year.This is possible but may not be that easy , it depends on your capability.You will have to handle both college exams, assignments and all other engagements along with JEE prep . You need to be extremely disciplined and study on a daily basis . It might be more rigorous than you expected at times ,so you should ensure that you won't flunk college studies, because remember in case you have to continue in the same college, a poor performance in the first year can put you under a bad light. Anyways , if you are confident it is possible , so set proper time table giving time for both college and JEE prep and stick to it. You can take online coaching for JEE .Practice a lot of mock tests to strengthen speed and accuracy.

if I score in physics jee main 4 and other sub. 45and45 then I am get top nit collage

Since you have not mentioned your category so considering it is General.

You can also use JEE-Main Rank Predictor to predict your rank :-

To have a list of all those colleges which you can get based upon your marks, category, and state you can use JEE-Main College Predictor:-

Dear student,
You haven't mentioned a complete question. You did not mention where you wish to seet admission.
The NRTI admission offers a variety of UG and PG courses related to railways and transportation while jee mains is conducted to invite admissions to b. Tech courses in various nit/iiit/gfti all over the country. The two examinations are really different.
Please mention complete details in your question so that we may help you. For more info you can visit the following links:
https://university-careers360-com.cdn.ampproject.org/v/s/university.careers360.com/articles/nrti-admission/amp?amp_gsa=1&amp_js_v=a6&usqp=mq331AQHKAFQCrABIA%3D%3D#amp_tf=From%20%251%24s&aoh=16115086016662&referrer=https%3A%2F%2Fwww.google.com&ampshare=https%3A%2F%2Funiversity.careers360.com%2Farticles%2Fnrti-admission
https://learn.careers360.com/engineering/jee-main/
Read More
Answer