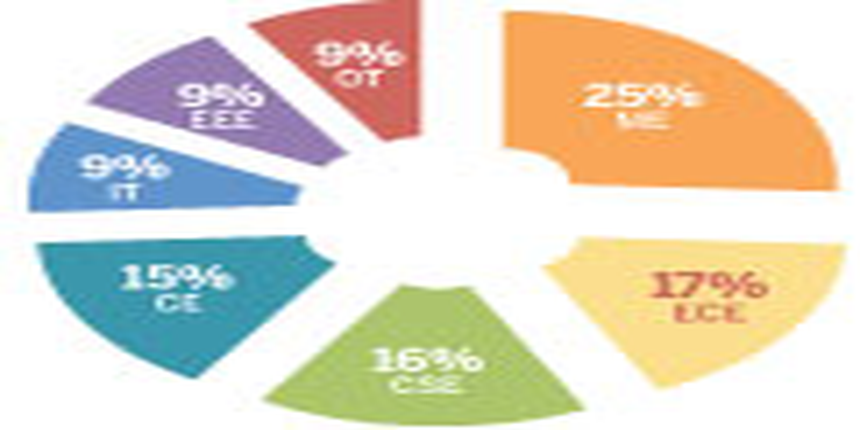 This mineral-rich state is host to several big firms including Bhilai Steel Plant, Bharat Aluminium, National Thermal Power Corporation Ltd, National Mineral Development Corporation and South Eastern Coalfields Limited, that regularly recruit engineers. Out of the 16 districts in the State, only 7 have engineering colleges. Durg with 16 (one short than Raipur) has the maximum number of engineering colleges. Bhilai has 55% of the intake share. NIT Raipur, as it is known today with an intake of 893 (plus 62 Architecture seats), was set-up in 1956 as Government College of Mining and Metallurgy.

One of the characteristics of engineering institutes in Chhattisgarh is the low cost of engineering education even in private institutions. As per the govt. order in March 2010, the fee ranges from Rs. 21,150 to Rs. 24,490 per semester inclusive of all which holds for academic year 2012-13 too. The higher fee for some is largely due to accreditation.

Two-third of the sanctioned intake is spread across just three disciplines: Mechanical, Computer Science and Electronics & Communications. There are two colleges, both in Bhilai, that have more than 650 seats: Shri Shankaracharya group of institutions (formerly SSCET) and Rungta College of Engineering & Technology – both in Bhilai. Ironically, there are only 140 seats in Mining Engineering at Government Engineering College Bilaspur, Jagdalpur and at CIT, Raipur. 60 seats in Metallurgy is offered only at OPJIT, Raigarh among the PET colleges. NIT, Raipur also offers 68 and 82 seats in these two disciplines respectively. Among the amalgamated disciplines, Mechatronics is offered at Chhatrapati Shivaji Institute of Technology, Durg (60 seats), while 30 students can pursue Biotechnology at Raipur Institute of Technology.

Mechanical Engineering tops the charts among all disciplines, accounting for a quarter of the entire intake in Chhatisgarh. Many disciplines like Instrumentation, Chemical, Aeronautical, Mining, Metallurgy have very few seats.

Admissions to BE courses are possible through PET. The intake usually is driven by the formula- 60% through PET; 25% through AIEEE and 15% for management quota. The eligibility for PET is class 12th pass with Physics and Maths as compulsory subjects and any one of the following: Chemistry, Biotechnology, Computer Science or Biology. Admissions are only for permanent residents of Chhattisgarh and a domicile certificate is necessary for state quota seats. However for BE in Biotechnology (compulsory subjects in 12th are Physics and Biology or Maths), & other State candidates can also apply.