VITEEE 2017 result was announced on April 23. The online tests for the admissions to the B.Tech programmes of VIT University at its Vellore, Chennai and Amravati campuses were held from April 5 to 16, 2017 across various centres in the country. Not surprisingly, the statistics of the gender ratio remains the same like last year with no female candidates amongst the top ten rank holders. Aashish Waikar from Madhya Pradesh has topped the VITEEE followed by Divyansh Tripathi from Uttar Pradesh who ranks second and Divyanshu Mandowara who hails from Rajasthan who comes a close third. Among the female candidates, Shreya Sharma is the topper with an overall rank of 16 followed by Anuboina Pragnya at rank 25. Check the details below 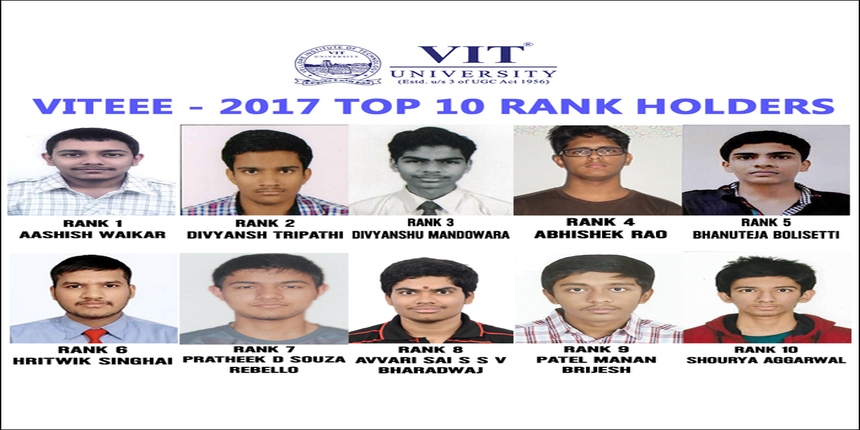 The VITEEE counselling 2017 for the first phase will be held from May 10 to May 12 for candidates with ranks 1 to 20,000. The other candidates will be called for counselling in Phase 2, the dates of which have not been announced yet.

The VITEEE results 2017 can be checked by students after logging in. Counselling call letters will be sent by the university for all candidates shortlisted for admissions.

Keep tuned to engineering.careers360.com for all latest updates on VITEEE 2017

which topics has most weightage in VITEEE?