Which JEE Main score will NTA use for common rank list?

Which JEE Main score will NTA use for common rank list? - With the announcement of two tests per year and better of the two scores along with a host of other changes by the National Testing Agency (NTA), there is still some ambiguity in the minds of students about which JEE Main score will be used by NTA for the common merit rank list. From previous year, NTA is conducting the exam two times – once in January and once in April. Candidates can attempt one of the exams or both. So if you are one of those students who is attempting the exam twice – both in January and April 2020 then you should read the article below to know which JEE Main score will be used by NTA to determine the rank list.
Latest: JEE Main 2020 exam dates revised; to be held between September 1 to 6.
Important: JEE Main 2020 application form correction facility available from July 4 to 15. Candidates will also be able to change exam centres of JEE Main 2020. 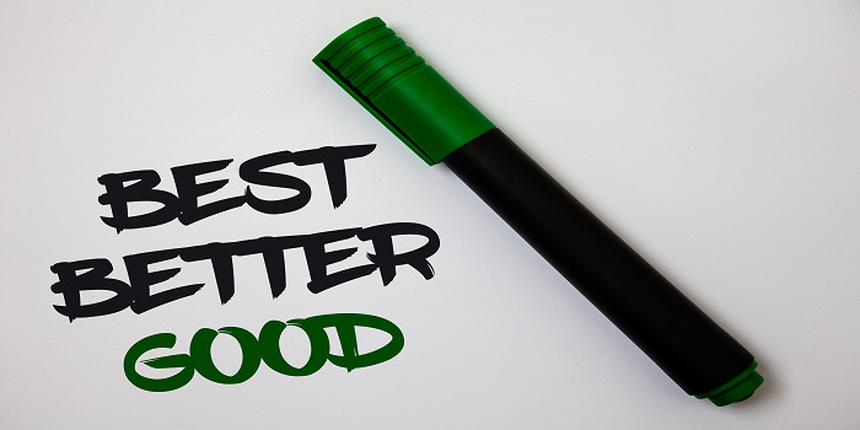 National Testing Agency will announce the rank list after the result for JEE Main 2020 April is announced. The reason is that many candidates would have appeared for both the exams – JEE Main January and April. The JEE Main 2020 rank/ merit list will be prepared based on the percentile score of the candidate. So, to calculate the percentile score, in the case where the candidate has appeared for both the exam, the better of the two scores will be considered. So how will the score be used by NTA to prepare the JEE Main common rank list? The details are given below.

How is the JEE Main 2020 score calculated?

The JEE Main score 2020 for Paper-1 and Paper-2 will be calculated differently. Mentioned below is the procedure for the calculation for both the papers.

How is Candidate's Percentile Score for JEE Main paper-1 Calculated?

Ranks will be prepared on the basis of the percentile scores of the candidates in JEE Main 2020 as mentioned above. However, there may be instances where more than two candidates may score the same marks. In such a case the inter-se-merit guidelines will be enforced to allot the rank.

The rank list will be prepared by merging the raw scores of the first and the second attempt. Candidates who have appeared in both the attempts; their best of the two raw marks will be considered. The total raw marks of both the attempts and rank of Paper-2 for all candidates will be declared. This shall comprise the total raw marks obtained by the candidate in the first attempt as well as in the second attempt along with All India rank and All India category rank. In case of a tie, inter-se merit will be determined in the following order.

what are the best apps for preparing for jee mains and jee advanced?

Hello there,
For scoring good marks in JEE Main, solve the previous year question papers, and give regular mock tests. You can apply to our JEE Main knockout package:
https://learn.careers360.com/knockout-jee-main-april/

The benefits you get from this package:
1. 250+ hours of video lecture
2. AI driven and personalized support
3. 24*7 doubt clearing
4. 5000+ concepts
5. Model question papers
6. Money back guarantee

This package is very helpful and can ensure a good rank in JEE Main.

No as per JEE Mains criteria you need above 75% if you belong to general category to apply in various colleges through the JEE MAINS scores to get into IITs , NITs or GFTIs. For SC/ ST reserved category, the eligibility is to obtain a minimum of 65% marks in class 12 or equivalent.

Refer to the link below to know more about the same in detail..

i am a student from Tamilnadu , i have scored 97.6 in b.plan in jee main January 2020 i belong to obc- ncl is there any chance i can be placed in a nit

Since this is the first time that VITEEE 2020 cancelled due to the corona pandemic we cannot predict the cut off. Admission is based on merit in state board exams in Mathematics/Biology, Physics and Chemistry. Also if a candidate qualified in JEE Main will be given weightage. Cut off will be declared after the counselling and it depends on number of candidates applied, number of seats available, marks scored in boards etc.

do pyq of jee main and advance appear in bitsat?

Yes, the previous year questions of JEE Main are many a times asked in BITSAT. As JEE Main and BITSAT have the similar level of difficulty, if you prepare for JEE Main than your BITSAT preparation is also going on because to clear both the exams you are required to have good speed and accuracy.

But, it's not in the case of JEE Advanced, it has a higher level than JEE Main and BITSAT both. JEE Advanced questions are more conceptual and diffilcult.