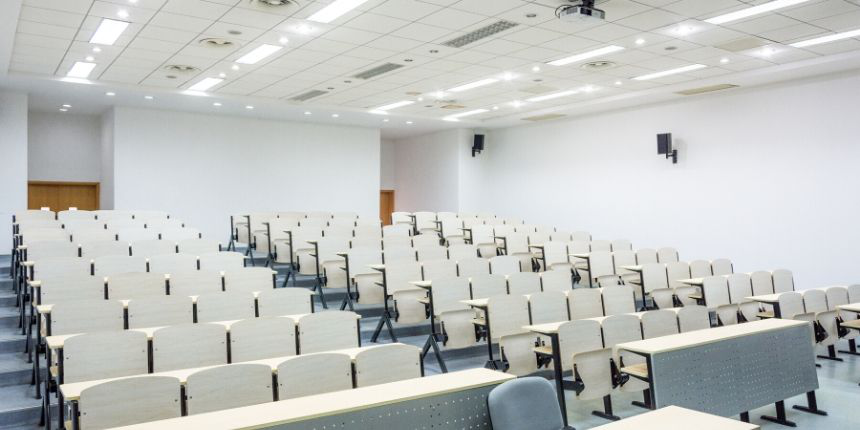 Also, since the seat matrix will be released category and course wise, it will be easier for the candidates to decide the preferred choice of courses. Only those candidates who will qualify JEE Advanced 2022 will be eligible to participate in the admission process. Those who fail to qualify the entrance exam will not be allotted any seat in the institute. IIT ISM offers admission to various courses and some of them include chemical engineering, mechanical engineering, civil engineering, electronics and communication engineering and many more. Read the complete article to know more about the IIT (ISM) seat matrix.

Joint Seat Allocation Authority (JoSAA) conducts the counselling process for admission to IITs, NITs, IIITs and GFTIs. The registrations for the JoSAA 2022 counselling and choice filling commence tentatively in the month of June. Candidates who qualify JEE Main as well as JEE Advanced will have to participate in counselling rounds for seat allocation.

The authorities will release the IIST BTech 2022 application f...

The important topics which may be useful and fruitful for you for scoring a good score in joint entrance exam advance are mentioned below:

Under the list provided by center, for the state of Andhra Pradesh, your caste will be an OBC under entry 32. However, if the income of your family is less than INR 8 Lakhs per annum, then you will come under non - creamy layer. If it is more than 8 lakhs, you are considered under creamy layer.

Hope this helps you,

There are various marking scheme for various category students to qualify the JEE advanced examination which are different for general, ews, as well as other reserved category candidates.

Hope you found it helpful!

Hope you are doing well! Yes of course ,don't you know the result of physics wallah ,in india from my view physics wallah has become best Channel in a very and very low budget ,while other Youtubers selling their course at a very high price ,on the other hand physics wallah provide quality content which of course in a very low budget ,even a boy from any corner of India can afford it ,before 2 or 3 years no one knew who was physics wallah but now it is brand ,no doubt , believe me you will definitely crack jee of 2023 if you follow their content ,and given best from your side as well ,no need to join any coaching if you follow them ,just blindly follow them,you can see previous result of jee advanced of them ,they are incredible ,also purchase it as soon as possible , don't miss your lecture ,and yes one more information that please don't create any backlogs ,make your doubt clear regularly ,solve the dpp provided by them ,also attempt mock test and solve previous year paper !

Hope it helps you!!

how can i get a decent rank in jee advanced if i am strating form now.

For JEE Advance you need to give some valuable time for preparation if you want to score well. It depends on the pandemic situation, as the exam may get postponed.

Some tips for you

Prepare A Well-laid Plan based on daily schedule.

Get Hold Of the Syllabus.

FAQ in JEE Advanced is important.

You should not leave any of the chapters untouched.