Candidates registered for NATA exam will have to carry their NATA 2023 admit card on the date of exam for identification. The hall tickets will be different for all the attempts of NATA 2023. The authorities will release the NATA admit card 2023 for all attempts separately. Details regarding the allotted NATA exam centre 2023 will be available in the NATA hall ticket 2023. 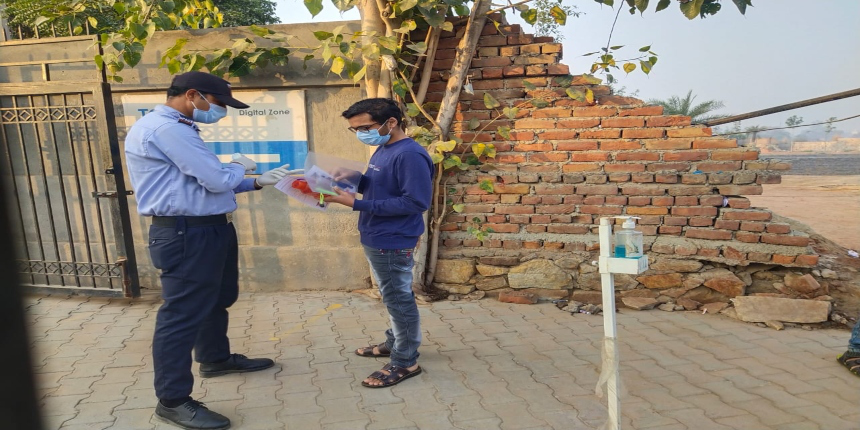 The authorities will release the NATA admit card 2023 online on the official website. NATA admit card for each attempt will be released by the authorities separately. Registered candidates can download it from the website nata.in. Given below are the steps to be followed for downloading NATA hall ticket 2023: 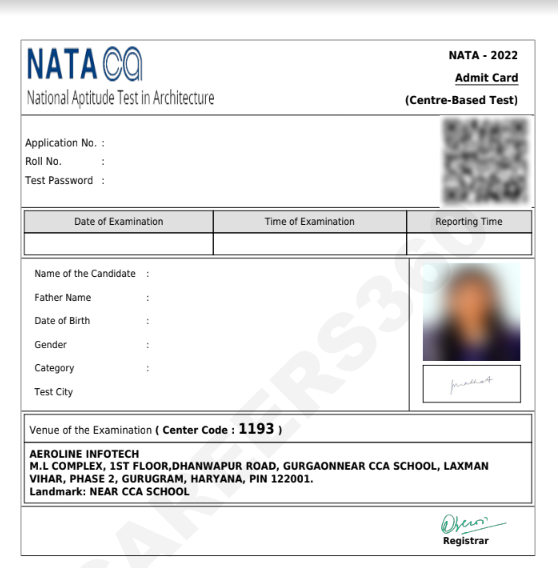 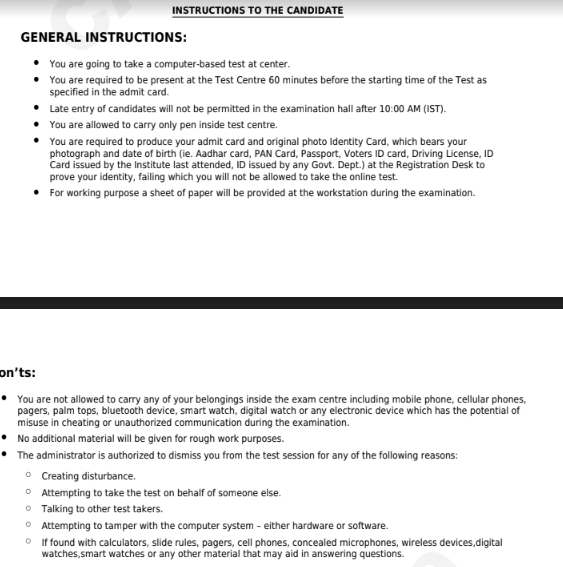 Candidates will find the information given below in the NATA 2023 admit card:

Candidates have to carry the following documents while appearing for any of NATA 2023 exam attempts:

Candidates will not be allowed to carry the following stuff at NATA 2023 exam hall:

The Council of Architecture issues certain instructions to be followed by candidates while appearing for NATA exam 2023 as mentioned below:

In case a candidates happens to forget NATA login credentials and is unable to download their hall tickets, the following steps have to be followed:

Yes, CoA releases NATA hall ticket separately for all the attempts of this entrance exam.

Question: What to do if there are errors in NATA 2023 hall ticket?

In case a candidate finds any discrepancy in the details provided in NATA 2023 admit card, they should contact the authorities without delay.

Question: Where can I find NATA admit card link?

There will be no separate link for downloading admit card of NATA 2023. Candidates have to download the same from the candidate portal.

Jindal School of Art and Architecture has commenced the regist...

School of Planning and Architecture Bhopal does not accept the NATA score for admission to undergraduate and postgraduate programmes.

Hello Student
Yes, the subject of physics and chemistry has been removed from the syllabus of NATA 2023,only Maths of 12std is introduced in NATA national Aptitude Test for Archtecture.The plannig and drawing  are the core subjects for NATA exam.The nata exam is of 100questios ,time alloted 3hours. The exam is taken for admission in NATA colleges in India for Barch courses.2023 Nata exam possible held in the month of October.The details of exam dates  publishing of admit card will be published in the official website of NATA soon.
Read More
Answer

Can I get Jamia Millia Islamia at 130 as NATA score??? Jamia is accepting NATA for the first time. Im from Delhi (OBC MUSLIM)

Jia millia islamia offers 10% quota to OBC muslims. Because it's for the first time they are accepting NATA exam we can't predict you a seat. But you got a good score of 130 out of 200. So remain positive. Do look for other colleges to be on safe side. Link to the  Colleges accepting NATA score is below http://engineering.careers360.com/colleges/list-of-engineering-colleges-in-india-accepting-nata?icn=college_listing_accepting_score&ici=NATA_exam_view

Hello Student,
The cutoff trend for NATA 2022 can be vary based on various factor such as:
The Top list of colleges based on their previous year cut off are as follow:
Hope This Information Helps You A Lot
Best Wishes
Read More
Answer

how to entry NATA Score card to KCET 2022

You need to enter your marks online by using your ID and password moreover you need to upload the scanned image of your NATA score card and do remember the size of the image should be between 5KB to 1MB and image should be in JPG/JPEG format only.

Hope this is useful.

What is NATA - Get Complete Information about Architecture Admission