NATA 2020 Score Card - The Council of Architecture (CoA) will release the NATA score card 2020 at nata.in. Candidates will be able to download the NATA 2020 score card by logging in to the candidate portal using their application number and password. NATA scorecard 2020 will contain the section-wise and overall marks obtained by the candidates in the exam along with their qualifying status. It must be noted that the authorities will release the NATA score card after each attempt (First and second). The NATA 2020 score card for the second attempt will include the marks secured by the candidates in both first and second attempt and also best of the marks secured in either of attempts to be considered as valid score for B.Arch admission. NATA score card 2020 will be valid for one year. NATA 2020 both attempts were postponed and the first attempt will now be held on August 1 and the second one on August 29. NATA 2020 application form for the first attempt was available till April 15 (6 PM). Read the full article to know more about NATA 2020 score card, qualifying cutoff and more.
Latest: NATA 2020 first and second attempts to be held on August 1 and August 29 respectively. NATA application form and correction portal to reopen soon for both attempts. 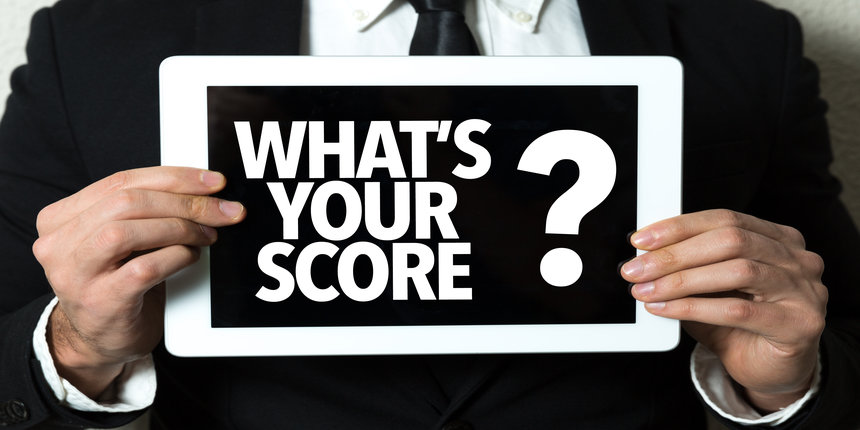 Following details will be mentioned in the NATA score card 2020-

All the candidates appearing in NATA exam have to secure minimum qualifying cutoff scores in order to be eligible for admission to B.Arch courses in the participating institutes of NATA 2020. The authorities have specified the minimum cutoff marks that a candidate should score to obtain a valid NATA score card. Candidates can refer to the section-wise and overall qualifying cutoff marks of NATA mentioned below-

According to the official brochure, the authorities have specified the following cutoff marks-

Question: How can I download the NATA 2020 score card?

Question: What is the validity of a NATA score card?

The NATA score card is valid for 1 year.

Question: What is the section-wise qualifying cutoff of NATA 2020?

A candidate is required to obtain at least 32 marks in Mathematics & General Aptitude and at least 18 marks in the Drawing test to be eligible for admission.

Question: What is the overall qualifying cutoff of NATA 2020?

The authorities have not declared the overall qualifying cutoff yet, they will declare it after the exam.

How to prepare for NATA in 1 Month

Candidates can check the points to be followed in the last mon...

Best Books for NATA 2020 - Candidates may check out the releva...

3-> NATA answer key will be displayed on your screen.

You can also find the previous year answer key in the below link.

how much percentile is needed to get admission in sir j j college of architecture, Mumbai ? which test marks is accept JEE /nata ? what is cut off?

Admission in Sir JJ College Mumbai takes place on the basis of JEE mains B.arch (paper 2) as well as NATA examination.You can apply for both the examinations and both of them takes place twice every year.

Is NATA necessary for KEAM? Is KEAM valuable without NATA?

Hello,
Admission through KEAM B. Arch 2020 will be purely based on the performance of candidates in NATA 2020 and qualifying exam only. Authorities will not conduct any separate entrance exam for KEAM B.Arch. The Authorities will prepare the KEAM B.Arch 2020 rank list by giving equal weightage to the marks obtained in theNATA , conducted by the Council of Architecture, and the marks in the qualifying examination. So youust appear for NATA. To get a seat through KEAM.
For more details please visit this link
https://www.google.com/url?sa=t&source=web&rct=j&url=https://engineering.careers360.com/articles/keam-barch/amp&ved=2ahUKEwjzj42zntHpAhWFeX0KHU6LBSQQFjAJegQIAxAB&usg=AOvVaw3DwcQjQPfloTn5uD0SW5PC&ampcf=1

Hello.
In order take admission in Mysore school of Architecture in Mysore University a candidate need to be first eligible for counselling for that you need to  have at least 50% marks in the qualifying examination and there is relaxation of 5% for backward class candidate, overall to be eligible for counselling a candidate need to have at least 70 marks out of 200, now if you are expecting your admission then totally your marks that you need to score depends upon your class 12th percentage, if your percentage is not good that means you need to score maximum in NATA, if your percentage in 12th is good that means average marks in NATA would work.
Best of luck.
Read More
Answer

But yes even if you clear NATA examination you will not be able to take admission as with your class 12th board results you fail to fulfill NATA eligibility criteria which says that to be eligible you must have secured at least 50% aggregate marks in Physics, Chemistry and Mathematics. Also, you must have got at least 50% marks in aggregate in your 10+2 examination.