NATA or JEE Main Paper 2 – Which is better option for B.Arch Admission? 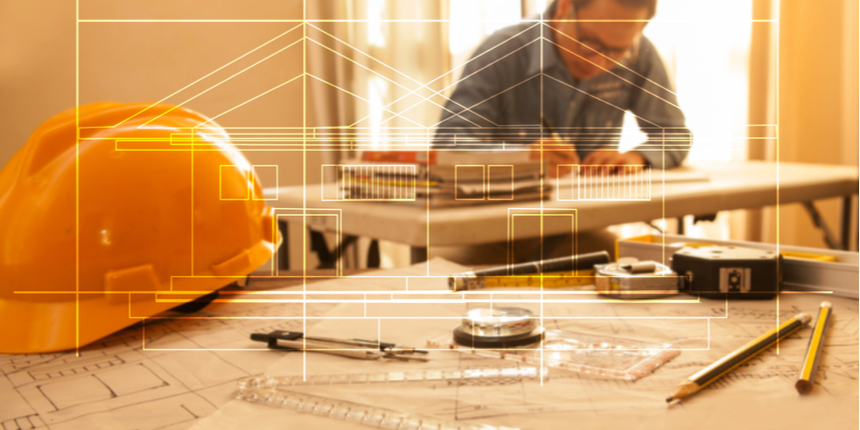 Students who want to take admission in B.Arch have choice of taking admission either through NATA 2020 or JEE Paper 2. Since both the exams have almost the same exam pattern and difficulty level, selecting one among the two depends on the college or institute for which the admission is desired. There are different set of colleges which offer admissions through NATA and JEE Main Paper 2.

If we look at the two exams, National Aptitude Test in Architecture (NATA) is a specialized test meant to test the aptitude of candidates specifically for studying architecture. Questions in NATA are made to test drawing observational skills, aesthetic sensitivity, mathematics and critical thinking ability of students. JEE Main Paper 2 is developed in such as to check the aptitude of prospective students in drawing, mathematics and basic aptitude of student. Students can find the basic difference in NATA and JEE Main Paper 2 in below mentioned table.

NATA Exam Pattern : National Aptitude Test in Architecture is a test which is specifically designed for testing the aptitude of candidates in architecture. The exam test carries question from Mathematics,General Aptitude and Drawing. Part A of the test is conducted by online mode while Part B which is a drawing test is conducted on Paper. Both the exam is conducted on a single day on single sitting duration of 3 hour. The detailed exam pattern is shown in table below

Some of the top ranking colleges which takes admission through NATA providing courses in architecture.

List of top colleges participating in admission through JEE Main Paper 2 for B.Arch

Number of students who appear in NATA and JEE Main Paper 2 varies a lot as participating colleges are more with NATA. JEE Main exam is an exam of international repute with its own standard and level of difficulty. NATA is designed specifically to analyze the aesthetics of drawing and logical thinking towards geometry and architecture planning.

Students who are appearing for NATA have to score the minimum qualifying marks in order to take admission in any of the participating college. Council of Architecture (CoA) has fixed the minimum cutoff marks for individual section in NATA exam while the overall cutoff mark for merit is decided by the exam conducting body on the basis of students appeared in exam and past cutoff marks.

and minimum qualifying marks is decided every year on the basis of number of students appeared or as deemed necessary by NTA.

The JEE Main Paper 2 cutoff is released in the form of opening and closing rank for state and national quota. Students have to score minimum qualifying marks along as well as should meet the minimum cutoff mark of the college for which admission is desired. Student can find college wise cutoff list for JEE Paper 2 exam below:

The overall rank for NATA is calculated on the basis of class 12 Marks and NATA score. Institutes which take admission through NATA follows cutoff for admission as per the marks scored in class 12 and in NATA exam.

Admission to B.Arch in Indian Institute of Technologies (IIT’s)

Jindal School of Art and Architecture has released the applica...

NATA Counselling 2021- There will be no centralized counsellin...

VIT B.Arch Admission 2021 - The authorities shall release an o...

For more information about NATA examination and updates please visit the link.

Still have any queries than please post your queries or comment on comments section our experts definitely help you.

Books for preparation of nata exam

given below are some of the best books you can take help from while preparing for NATA Examination,

when is 2021 NATA entrance exam

Dear student,
The examination dates are not released yet however we can expect the examination to be conducted in 3rd week of April for paper 1 and 1st week of July, 2021 for paper 2. However the actual dates may vary. For more info about the examination you can visit the following link:
https://engineering.careers360.com/articles/nata
Read More
Answer

Is NATA registration open for 2021?? If yes plz tell how to apply

The registration process for NATA 2021 has not yet started. The application form are expected to release tentative in the month of February 2021.

The steps needed to follow for registering for NATA are:

after which class the student can apply for the exam. what should be the base of study

To be eligible for the National Aptitude Test in Architecture (NATA)  exam you need Physics, Chemistry, and Mathematics in your 12th boards and you can give this exam after your boards ( you can fill the application form in your 12th or after your 12th). You will need 50% in the aggregate in your boards exam. For more details you can click on https://engineering.careers360.com/exams/nata