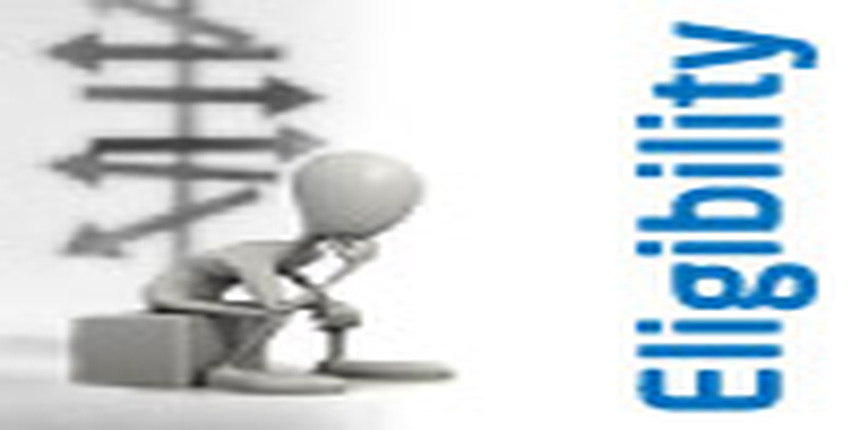 Note:
In case the respective board does not provide the cutoff information regarding  the top twenty percentile of successful candidate Candidates will have to produce a certificate from the board stating the same.

In case a student is unable to rpoduce a certificate as above, the CBSE percentile will be used as the criteria for deciding minimum percentage of marks in the qualifying examination.

JEE Advanced 2013  No. Of Attempts: A maximum of two times in consecutive years.

Non eligibility Criteria: students who belong to the following criteria cannot apply for the JEE Advanced

Note: As per GOI norms, 3% in each category is reserved for PD candidates

IIT Delhi will release the rank list of JEE Advanced 2020 on t...

IIT Delhi will now be conducting JEE Advanced 2020 on Septembe...

I am doing BSc chemistry with iit jee. Is it necessary that I should refer the video lectures for my jee preparation???

You are doing BSc.chemistry , So your touch in the subjects are lost .And examination tips and tricks are well explained in Vedio lectures.

And the paper pattern is updated .

So vedio lectures are helpfull for you.

Or you are fully confident on you skills and you are daily visiter of the official site.

You don't need that vedio lectures.

THANK YOU and GOOD LUCK.

Without first testing the knowledge you have gained and whether it is enough or you need more practise, it is not advisable to drop a year. You need to first appear for JEE Advanced check the result and see if yu can get a seat allotted. And then based on the results and score, you need to evaluate your options. If you are so close by to the seat or the marks that are required for a seat in IIT, may be then you can consider dropping a year but again even that is not advisable because you lose focus and the passions with which you have started when the exams are almost a year away. So first appear for JEE Mains, check the eligibility of qualifying for JEE Advanced and then give the exam. That way you know where you are good at but where you need to improve. With a proper analysis and understanding of your current knowledge base, you can take a call whether you should join a long term coaching class or prepare at home. This is important because a year in the long run will cost you dearly and you cannot take a decision without first evaluating everything.

What is the mark required in each subject ( both papers seperate) in JEE ADVANCED to get tips IITs?

What is the definition of top rank for you! Is it 2 digit rank or is it 3 digit rank? Nevertheless, it will be any of these. In order to secure these top ranks you will need to perform extremely well in the paper.

In order to be in the rank list you have to qualify the cutoff for each subject in both papers. Wait!! Only this is not enough for you. To get rank below 1000 you will have to get more than 200 marks. Below is the past year Analysis of rank va marks:

For other details check out the link below: https://www.google.com/amp/s/engineering.careers360.com/articles/jee-advanced-cutoff/amp

Wish you all the best.

Can I get a decent branch in top IITs by thorough studying of high weightage topics .. Does solving previous yr questions help in JEE advanced


See, solving previous year question papers of any exam helps in understanding the question types and trends and solving them will help in understanding the approach of solving those critical questions. Solving lot of previous year question paper will help you to feel confident and comfortable when you will sit in the real examination.As far as topics are concerned then yes giving more time on chapters that carry more weightage is smart move but neglecting other will be a huge mistake.In JEE advance examination,you will have to compete with one of the best candidates and if you leave any topic then you are giving others a chance to beat you and remember seats are not limited so you cant leave any stone unturned.So, cover all the topics thoroughly if you really want to get into IITs.
Remember, there is no shortcut to success.

On account of Covid19 pendemic both JEE advanced and VITEEE got delayed. JEE advanced is yet delayed but VIT has announced VITEEE rank list based on class 12 score of students.

If you have performed well then you will get seat in VIT and you have got one indeed. Even if you have accepted the seat you are free to write JEE Advanced and join IIT( you may join NIT based on JEE Main). You will have to leave VIT.