Architecture has been steadily growing as a field which Indian students choose for their future studies in current times. While the preference and demand for Architecture are high, there are only a few national-level entrance examinations - namely JEE Main Paper 2 and NATA which offer a chance for the students to be allotted to the top architecture colleges and institutes. While JEE Main is a popular entrance examination, many students may be in the dark about NATA. Every year, NATA is conducted in April and May. So what is NATA? Careers360 presents an exclusive article to help students understand the details and the entrance examination and to know what is NATA. Read the full article below to know more. 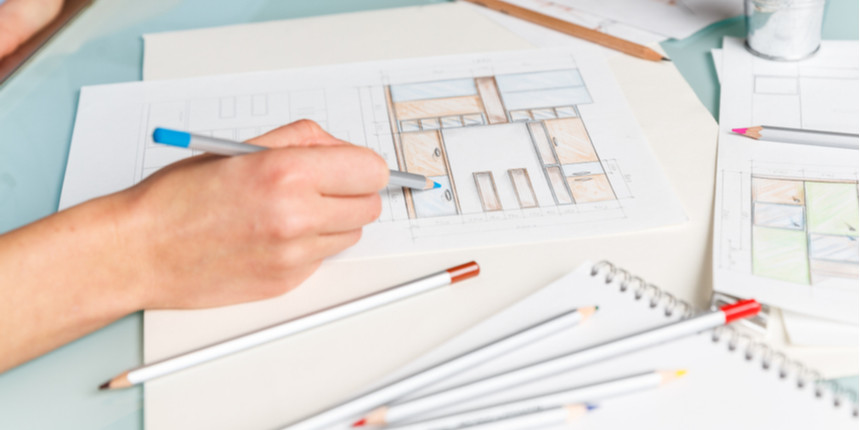 Council of Architecture conducts National Aptitude Test in Architecture or commonly known as NATA for admissions into B.Arch courses offered by various institutes of the country. NATA is conducted to measure the aptitude of the candidates to check their eligibility for admissions into the undergraduate architecture courses. The exam aims to assess the drawing and observation skills, sense of proportion, aesthetic sensitivity, Physics, Chemistry and Mathematics at 10+2 level and critical thinking ability of the candidates.The entrance examination is conducted twice a year and the candidates are allowed to apply for both sessions. This allows the candidates who did not do as well as expected in the first exam to have a second chance. Attempting the second exam is optional.

What eligibility criteria has to be met for NATA?

How to apply for NATA?

What after the NATA application process?

NATA is conducted in both online and offline mode and the entire exam is held in English. The exam pattern of NATA can be checked from the table below for a more detailed understanding.

What is the admission process of NATA?

Jindal School of Art and Architecture has released the applica...

NATA Counselling 2021- There will be no centralized counsellin...

VIT B.Arch Admission 2021 - The authorities shall release an o...

what is the maximum score in nata?

The Paper Pattern of NATA 2021 comprises of two parts namely A and B! Part A is Drawing Test which is in Offline Mode for 2 hours and 15 minutes. Part B is through Online Mode which a test based on basic PCM and General Aptitude and Logical Reasoning. It is for 45 minutes. So, the total duration of the exam is 3 hours and 15 minutes! The total marks for this exam is 200 Marks. You'll be given 1.5 marks for every correct answer of Part B and there is no negative marking!

Hope this is helpful!

NATA exam is accept for which architecture colleges in Tamil Nadu?,and also for jee main also?

Below are the Colleges which accept both NATA and JEE Main for the Admission Process for B.Arch. Course in Tamil Nadu:

Hope this is helpful!

Dear student,
Yes nata 2021 will be conducted in online mode. Two tests will be conducted and you will have a choice to attempt any one or both of them as per their preferences. The application process for the same is expected to start in first week of February. Students are advised to keep an eye on the official website: http://www.nata.in
For more info visit the following link:
https://engineering.careers360.com/articles/nata/amp
Read More
Answer

For more information about NATA examination and updates please visit the link.

Still have any queries than please post your queries or comment on comments section our experts definitely help you.

Books for preparation of nata exam

given below are some of the best books you can take help from while preparing for NATA Examination,

What is NATA - Get Complete Information about Architecture Admission