CENTAC Important Dates 2017 - The admission committee of CENTAC has announced the important dates of CENTAC 2017 for admission to various B.Tech courses in Puducherry. CENTAC 2017 important dates helps candidates keep track of all important events pertaining to the admission process. The application form for admission opened on May 15, 2017, and had to be filled in online mode. The last date to fill completed application form was June 10, 2017. Applications sent by post were received until June 15. The first phase of counseling is held from August 8 to August 14, 2017. Admission to more than 16 engineering colleges in Puducherry is conducted through the CENTAC admission process. The CENTAC Important Dates 2017 have been compiled on this page for the benefit of candidates who can use the same to avoid missing any deadlines. Candidates can check the CENTAC Important Dates 2017 below. 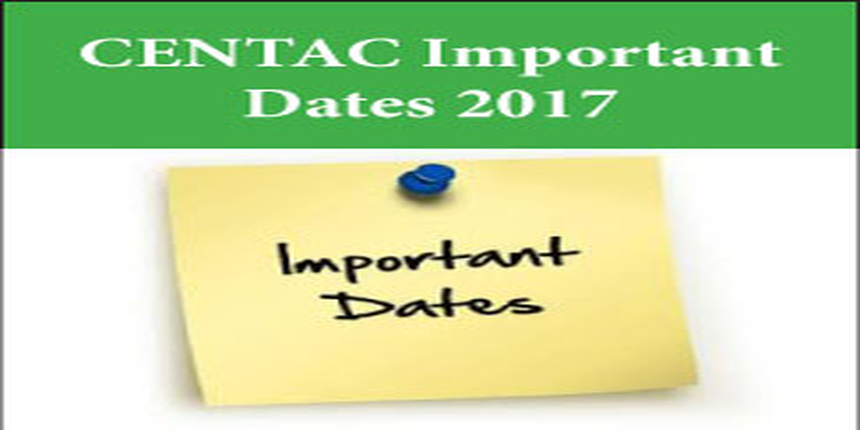 Candidates who fulfill the eligibility criteria prescribed by CENTAC can go through the important dates of CENTAC 2017 in the table below and find key information related to the admission timeline. Candidates must note that it is not enough to just complete the online application form, but they have to take printouts of the completed application form and the fee payment receipts and send them to or submit in person at the CENTAC Office along with other necessary copes after self-attesting them.

Colleges that offer admissions to Other State Candidates:

Your CENTAC B.Tech Admission brochure has been successfully mailed to your registered email id .