IIT Ropar Placement Report 2018 - Indian Institute of Technology (IIT) Ropar has concluded its placement season 2017-18 with 90.2% placement and average salary of 11.77 lakh/annum. According to the IIT Ropar 2018 placement report, the institute has witnessed an overall rise in the number of jobs offered across all streams. The placement report of IIT Ropar 2018 further highlights that this year, the number of pre-placement offers (PPOs) has increased from 4 last year (2016-17) to 10 this year (2017-18). Apart from this, a total of 5 startups made 9 offers this year. 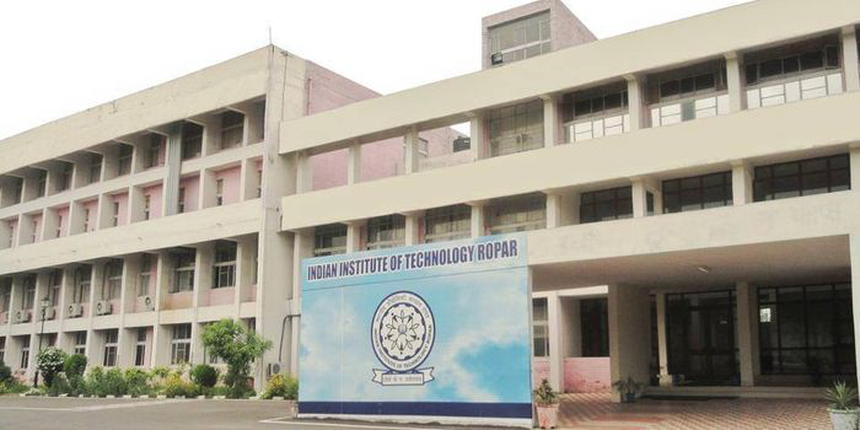 “Computer Science department saw close to 95% placement, Mechanical Engineering department saw placement of around 92% and Electrical Engineering of around 82% of the registered students,” states IIT Ropar placement report 2018. These numbers only corroborate the institute’s existing liberal academic curriculum that allows students to take up varied courses of their own interest.

Steps Taken to Enhance IIT Ropar Placement
To further enhance the placement scenario in coming years, IIT Ropar has taken several initiatives that can provide more industrial exposure for the students and allows the faculty to take part in industry-related projects with more flexibility. A Career Development and Corporate Relations Centre (CDCRC) has been established recently. It is meant for professional development of students by providing them in-house training in the area of business communications, soft-skills, guide them towards national and international internships.  The Institute has also declared its vision 2020 which focuses on having 50 active industries as part of the industrial associates of IIT Ropar with at least 15 sound projects, promoting a minimum of 30 invited lectures per year and at least 30 visits of the faculty to various industries every year by 2020.

The Indian Institute of Technology (IIT) Ropar is organizing a...

The Indian Institute of Technology, Ropar (IIT Ropar) and Cent...

The Indian Institute of Technology, Ropar organised its third ...

Role of IITs is to produce leaders, not to supply workforce, s...

All 3 of them are excellent colleges with very good ratings and infrastructure and faclilities but the difference in fees is  very great for IIT Ropar the fees is Rs 8.60 lakh for 4 years,for IIST the fees is Rs 1.8 lakh for 4 years but if you keep scoring above 8 SGPA  you don't have to pay any academic fees ,for BITS Pilani the fees is Rs 16.5 lakh for 4 years and in terms of placement the median salary for IIT Ropar is Rs 11.20 lakh per annum, for IIST it is 9.15 lakh per annum and for BITS it is  Rs 13 lakh per annum.So you choose a college according to the stream you will like to do I will also advise you to compare the colleges using the college compare and check out by yourself i will provide the link for that i will even provide the link for all 3 colleges so you can check them out in details which will help you even more

hope this helps you

How is the CSE faculty and facilities at IIT Ropar?

IIT Ropar is a good college. The placements of CSE for IIT stands the best here. Going by the statistics, IIT Ropar have the best placements among all newer IITs and better than some older IITs like BHU, Guwahati. Though, placements completely depend on individual efforts. I consider IIT Ropar CSE to be equally good as CSE in older IITs and some highly performing newer IITs like Hyderabad and Indore and also other facilities in the college like canteen, library is great though also it has good infrastructure and teachers are well trained and professional.

IIT Ropar is just in its second year with Metallurgical Engineering, whereas, NIT Durgapur Chemical doesnt have substantial Placements and career prospects.

My suggestion would be, since cutoffs are estimated to lower this year, try for Metallurgical at IIT Bhubaneshwar or perhaps Mining/Mining Machinery/Environmental at IIT ISM Dhanbad. The following branches at the respective institutes atleast ensure you of a standard Placement.

Coal India, Tata Steel, ExxonMobil are regular recruiters at IIT ISM and the training and placement cell ensures almost 85% Placements each year, when it comes to Mining and Geological Branches.

Metallurgical Engineering at IIT Bhubaneshwar too is a good choice, with Bhubaneshwar located close to Mineral rich regions in Odisha and Jharkhand.Companies like Tata Steel, Jindal Stainless and Vedanta have set up huge integrated operations near Bhubaneshwar are provide training and placement. Future is bright with respect to Metallurgical Engineering, with Hyundai Steel and POSCO, ready to enter Odisha within a couple of years with their ambitious steel projects.

For more information and college prediction do follow the link below

Whats the average and max salary for CSE branch in IIT Ropar?

Hope you are doing well.

As per the previous year data, it seems that the average salary is upto 12-14 lakh PA and the highest package went to 17.45 lakhs.

But if you are studying with this mindset of package and salary then it is not good. Studying in IIT with good focus and utmost dedication will definitely land you to a good job with a good salary.

Focus on studies and work hard on your goals.

Hope this will help, have a great day!!

Hello,
Based on your options mentioned by you, if you get, then you should go for IIT Varanasi as it is one of the oldest IITs. The faculties are evry well experienced. The Institute is having all the facilities. The IIT Varanasi comes under the top IITs.

IIT Goa and IIT Dharwad are quite new IITs as they were established in 2016. They are yet to grow as the older IITs. The older NITs are much better then these IITs.

Rest of the mentioned IIT were established in 2008. You can also join them if you really want btech CSE. These are also good as they have all facilities and have experienced faculties.

So please choose wisely before joining them.
Consider some seniors to guide you.
Hope it helps
Read More
Answer

Your IIT Ropar brochure has been successfully mailed to your registered email id .