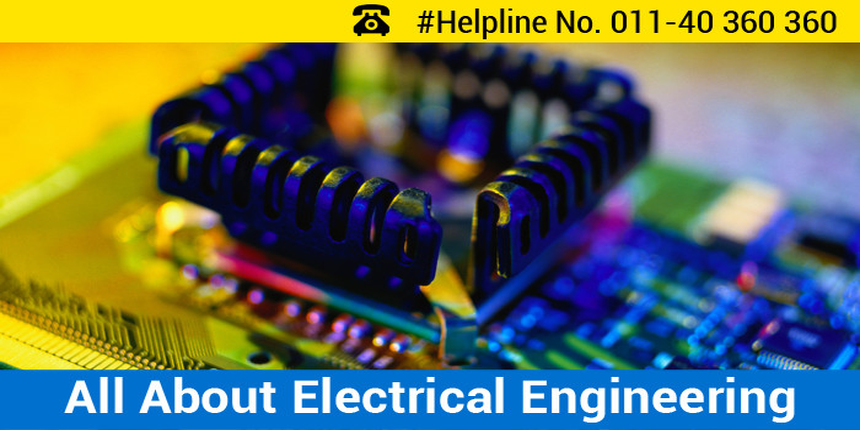 Modern life would freeze; economy could stumble if power deficit is not fixed. Thus, electricity is required everywhere; from agriculture fields to communication systems to manufacturing gigantic rockets. Importance of energy can’t be over-stated.

Electrical Engineering is a popular branch of engineering which deals with the study and application of electricity, electronics, and electromagnetism. The subfields include electronics, digital computers, power engineering, telecommunications, control systems, RF engineering, and signal processing. The focus of the course remains on designing and testing ICs, inductors, capacitors and resistors. The students also learn to design electronic circuits, computer systems and also develop control systems. Electrical engineers are considered to deal with the problems associated with systems such as electric power transmission and electrical machines. The course mainly includes fundamentals and principles of Physics, Mathematics, Computer Science and Project Management. The sub disciplines of Electrical and Electronics Engineering include power, control, electronics, microelectronics and Signal processing, Telecommunications, Instrumentation and Computers.

Electrical Engineering refers to electrical machinery, problems of generation, transmission and distribution of electrical energy, electrical controls in factories, motors and their control and transformers. One of its objectives is to provide electrical power to customers.

There are several higher studies options available for BE/B.Tech degree holders in Electrical Engineering. For pursuing postgraduate courses, graduates have to qualify GATE with a good score. Students who want to pursue M.Tech may consider following specializations other than electrical or electrical and electronics engineering. In admission interviews to most institutions, 70 per cent weightage is given to the marks scored in the GATE exam and 30 per cent to academic merit. Clearing the GATE exam also makes one eligible for scholarships from the Union Ministry of Human Resource Development. Following are some of the higher studies options available after B.Tech/BE in Electrical Engineering:

To make India a ‘Power House’, the industry requires huge numbers of engineers to tackle the prevailing power deficit. Since industrial expansion is on the upswing, the industry is looking for fresh enthusiastic minds to contribute their skills for its growth.

Efficient generation, transmission and transformation of electrical energy are decisive prerequisites for rapid development of industry and agriculture. Without this vital energy our daily lives would grind to a halt and therefore electrical engineers have many opportunities.

They can be found working in every sphere of modern life including manufacturing to process industries, robotics to embedded systems, automobiles to transport, and from aviation to navigation industries.