IIEST, Shibpur Placement Report 2018 – Indian Institutes of Engineering Science and Technology (IIEST), Shibpur has its origin from Bengal Engineering and Science University, Shibpur, which was a university under the Government of West Bengal prior to the upgrade process. In October 2010, Union Cabinet Ministers of GoI had approved the conversion of Bengal Engineering and Science University, Shibpur to Indian Institutes of Engineering Science and Technology, Shibpur by suitable amending National Institutes of Technology and Science Education and Research Act, 2007. On March 4th, 2014 BESU became the first IIEST of the counrtry and was inaugurated on August 24th, 2014 by the Presidebt of India, Pramab Mukherji. The main aim of IIEST, Shibpur is to become one of the best institutes in the world to impart state-of-art multidisciplinary research ambience that will usher-innovate in world class technologies in making India a developed nation. 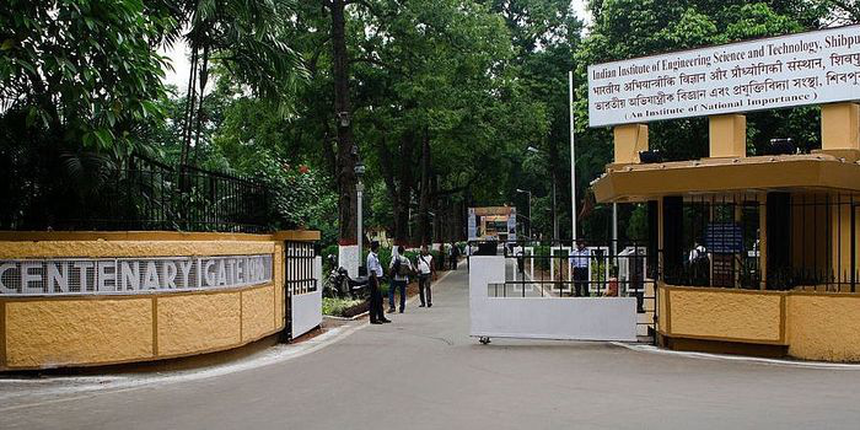 Based on the data provided by IIEST, Shibpur, Careers360 after analysing presents the IIEST, Shibpur Placement Report for 2018. Around 387 offers were made by the companies who took part in the placement drives of the University major being the Microsoft, Tata Steel Ltd., Denso Harayana, Otis Elevator, Gannon Dunkerley,  Vedanta Limited, Mentor Graphics, Adobe, Hyundai Motors, HSBC Technologies, ZS Associates, Directi, Smartprix, Veritas Technologies LLC, PWC, Maruti and various others.

The placement report for 2018 of IIEST, Shibpur for the academic year 2017-2018 for both UG & PG students has seen good placement record. The highest package of Rs. 39.12 Lakhs were offered by Adobe followed by Rs. 26.88 Lakhs by Directi. 63% students were placed in B.Tech branches while 15% students from M.Tech branches. Highest number of total offers including the multiple offes were provided to the Information Technology students followed by Computer Science Engineering students. 25% multiple offers have been offered to undergraduate IT students. Similarly for the post-graduate students around highest number of offers were provided to VLSI branch followed by Computer Sciene Engineering branch students.

The branch wise placement statistics is mentioned below for the reference of the candidates.

Applications are invited from Indian nationals for admission t...

hello sir/madam, to get EE in IIEST Shibpur and NIT Durgapur, what should be the minimum marks in JEE out of 300to be secured?

Now, marks and percentile are different for each year so there is no "minimum marks required criteria" but there is a safe marks limit, which you should cross to have a good chance in getting course and college of your choice. For NIT Durgapur EE it is higher than 120 marks in JEE Main.

which means you need to am for 130+ marks to be on the safe side.

If you have a further specific query please feel free to comment.

Which course should I join,BITS Goa ENI or IIEST CSE?

I think IIEST CSE would be better than BITS Goa campus EnI , but the only factors to consider are that the placement percentage for CST at IIEST is decreasing every year and stood at a low 72% in 2019 , so you have to perform well even in IIEST to be eligible for their placments. Also , you will miss out on the vibrant campus and various co-curricular activities and nice , conducive coding culture at BITS Goa .

So , if you’re ready to work hard for the 4 years of your BE degree , then you can definitely choose IIEST CST ( it’s not CSE there ) , or else BITS Goa campus EnI is also a good option to consider.

CSE in Sastra or IT in IIEST Shibpur

CSE/IT are almost same branch where there is only difference in some subjects otherwise you will get equal number of placement opportunities whether you are from CSE OR IT.

I suggest you to choose IIEST shibpur. It is one of the finest institute which provides best placements as well along with that teachers are highly qualified and experienced so you will get great amount of practical knowledge.

EIE in nit Rourkela or ETE in IIEST Shibpur

Both these Institutes are well known and well regarded for their engineering flow. IIEST and NIT Rourkela were ranked 21 and 16 by NIRF 2020 for Engineering. On the basis of placements and rankings, let's compare those that can assist you in choosing the better college for you. Below is the table  of comparsion for placements of highest salary offered and average package offered to students.

which college should I choose between eee at nit tadepalligudem and mechanical at iiest shibpur?

I would suggest you IIEST Shibpur(Indian Institute of Engineering Science and Technology).NIT Tadepalligudem is a newly established institute.But the placement records are increasing.IIEST Shibpur has good placement drive where a lot of top companies participated.About 90companies visited the campus and recruited the students. Top Recruiters are IBM, IndianOil, Hindustan Motors, Reliance Industries Ltd.

Answer later
Report
View All Questions
Have a question related to IIESTS ? Ask

Your IIESTS brochure has been successfully mailed to your registered email id .