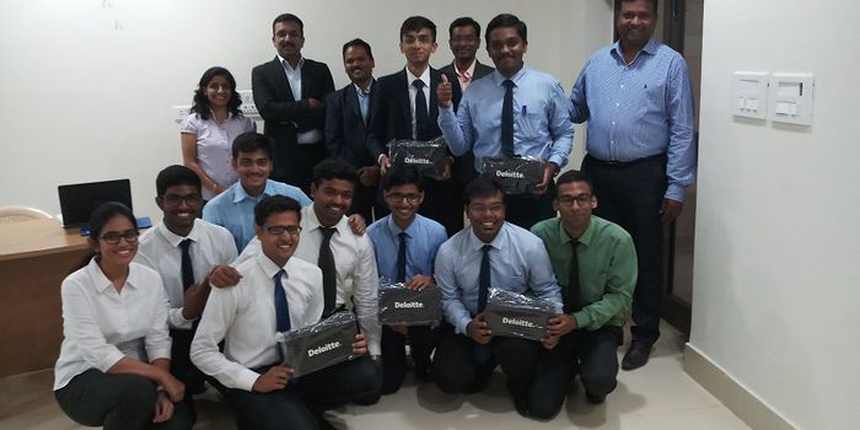 Indian Institute of Technology Bhubaneswar an "engineering and...

which is the best IIT Bhubaneswar or IIT dhanbad for CSC

These both colleges have a higher ranking like IIT bhubaneshwar with 22 and IIT Dhanbad as 12th, but IIT bhubaneshwar has lower fees of Rs 8.45 lakhs as compared to IIT dhanbad with Rs 10.12 lakhs.

So if we consider fees and salary important you must go with IIT bhubaneshwar.

Cut off changes every year depending on number of candidates qualified, difficulty of exam and number of seats available etc.

You can use our JEE Advanced college predictor to know the colleges in which you may get seat https://engineering.careers360.com/jee-advanced-college-predictor?icn=QnA&ici=qna_answer

Both are recent IITs , hence there is not much of a difference in the quality . IIT Palakkad , though established very recently has included a lot more than what can be expected out of a new IIT . Both have excellent faculties and other facilities like lab , library , gym etc. In terms of placements Bhubaneswar might be tad bit better because it came before, recently Mech department has 80% placements and the companies that visited the campus were Goldman Sachs, GE India, Honeywell, Maruti Suzuki, Mahindra & Mahindra, Infosys, TCS R & D, and Adobe etc.However,  IIT Palakkad has also shown good and successful placements recently and some companies which visited were Mathworks, HSBC, Paytm, Arista Networks  etc. 70 % students were placed and it is continuously improving . So if placements are you only priority then go with IIT Bhubaneswar. Otherwise choose based on which subject you like more,job growth in future ,your career goals , the location etc.

How are CSE facilities and the faculty at IIT Bhubaneswar?

CSE branch at IIT Bhubaneshwar is decent but not great!

As per various reviews from different sources:

These were the common responses of the students who study or studied CSE in IIT Bhubaneshwar. Research more about the college, placements etc and then decide.

IIT Bhubaneswar civil vs mnnit Allahabad civil vs not agartala cse vs iiit jabalpur cse where should I go ??

In a situation where you are getting lower branches at IITs and top branches at very new NITs or IIITs, I would suggest you to go with the former option. If you would have secured a rank enough to secure a seat at one of the top NITs in CSE ECE ME EE, only in that case must you overlook your JEE Advanced Rank for JEE Mains. Secondly newer IITs have relaxed criteria for Branch Sliding , and you can always upgrade your branch once in Institute. Secondly, in todays Industrial Boom, at IITs whatever branch you are from you always have options to pursue and nurture your software and analytics skills, register for a Minor Degree besides Major and bag a Non Core Sector Job like any other CSE Student, hence more opportunities, unlike newer NITs.

At some of the noted new IITs.

From my perception IIT Gandhinagar Civil or Material Science should be the best choice, provided you are interested in it. IITGN Material Science is leading Reasearch and Development in the field of MSE today in India next to IISc and top IITs. Every year more than 50 students from IITGN Civil, Mechanical, Chemical and Material Science Engineering move to US to pursue their Masters. Gujrat itself provides ample opportunities for career and placement prospects. Do give it a thought.

Of course if IIT Bhubaneshwar has a vicinity advantage for you, do choose between Civil or Metallurgical there besides considering ISM Dhanbad and IIT BHU, both of which are standard Old Technical Institutes and provide proper training and placements are are located on the booming Eastern Industrial Belt of India.

For more information and college prediction do follow the links below

Your Indian Institute of Technology Bhubaneswar brochure has been successfully mailed to your registered email id .