MURTHY, a metallurgical engineer, has a glint in his eye when I probe him about why he is quitting his job in Rourkela Steel Plant, and appearing for a DRDO entrance examination. 'Here I am a cog in the wheel that produces steel. There I would do research on materials that go into a missile system,' he says.

The sheer range and diversity of experience that a strategic sector job provides is the lure that attracts them. Though the heydays of software sector growth and private sector salaries saw a dip in the recruitment of engineers, the recent turmoil in the markets, combined with the stability and range that a strategic sector job provides a budding engineer is bringing ISRO, DRDO and DAE back into the reckoning.

These three behemoth research organisations collectively account for over 60% of the total Research & Development budget of Government of India. They are large research systems putting their heart and soul into research with varying degrees of success in achieving their missions.

While space is the most successful and most visible of the three players, atomic energy justified its existence by making the bomb, and DRDO has a mixed record. We tracked the job offerings in each of the labs and institutions of these three agencies, and scanned the archives for their recruitments over the last 12 months. With over 1,000 vacancies every year (see Table: Job openings in strategic areas), these institutes recruit the best. 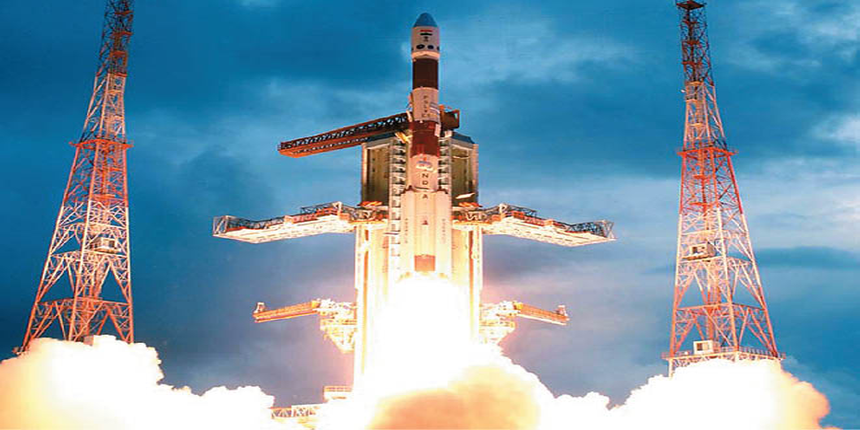 The Defence Research and Development Organisation (DRDO), established in 1958, has grown from a small organisation with ten laboratories to over 50 laboratories that engage 7,500 scientists and nearly 22,000 other scientific, technical and supporting personnel. The activities of DRDO are primarily focused on making India self-reliant in defence systems.

It undertakes design and development leading to production of sophisticated weapon systems and equipment in accordance with the needs and the qualitative specifications laid down by the three services - Army, Navy and Air Force. This includes areas such as aeronautics, armaments, combat vehicles, electronics, instrumentation engineering systems, missiles, materials, naval systems, advanced computing, simulation and life sciences.
The recruitment of scientists to DRDO is done by the Recruitment and Assessment Centre (RAC) through any of these avenues - direct entry through scientist entry test, campus selection in educational research institutions and registration of students with scholastic aptitude (ROSSA) for fresh Ph.D scholars. Positions are also offered as scientists on an ad-hoc basis for non-resident Indians, lateral entry scheme and direct recruitment through advertising for the openings as and when they arise. and through fellowships (see Table: Recruitment of scientists at DRDO).
The strength of scientists in DRDO is 6,872 as against a sanctioned strength of 7,255 scientists. Thus there is a shortage of 383 scientists. While scientists quoted personal or domestic concerns as reasons for leaving DRDO, it is presumed that the obvious motive for them is to move to private sector industries offering greater monetary incentive and increased opportunities. A response to a parliamentary query puts the total number of scientists leaving the agency at 1,007 in the last five years.
The pay band for scientist 'B' ranges from Rs 15,600-39,100 while it is Rs 75,500-80,000 for distinguished scientists. In addition to the basic pay (pay in pay band plus grade pay), DRDO scientists are entitled to get allowances such as house rent, dearness, and transport etc, as admissible to central government employees. Perquisites like leave travel concession, medical facilities, advances for personal computers/conveyance/house building are also admissible.

DRDO trains its employees for further educational qualifications at its own training institutions in Pune and Mussoorie and also at premier academic institutions like the IITs and IISc Bangalore. Possibilities for overseas trips for training/presentation of papers/ specific assignments are plenty.
Scientists in other defence institutions
Opportunities also exist for scientists from non-engineering/ science areas at the Institute for Defence Studies and Analyses, New Delhi, established in November 1965, to initiate studies and research in areas relating to national security and the impact of defence measures on economic, political and social developments. Yet another avenue is through the Short Service Commission (Technical) in the Officers Training Academy established in 1963. Here the minimum eligibility is an engineering graduation and one gets an initial contract for 10 years.

The Indian space programme was institutionalised in 1969 with the formation of Indian Space Research Organisation (ISRO). Government of India set up Space Commission and Department of Space (DOS) in June 1972. The main objective of Indian space programme includes development of satellite, payloads, launch vehicles, sounding rockets and associated ground systems for the application of advanced technologies to real world problems.

Scientists and supporting personnel at ISRO have been instrumental in the organisation's growth, having launched 36 communications and remote sensing satellites since 1975, starting with 'Aryabhatta'. With Chandrayaan-1, the first Indian scientific mission to the moon, recently launched, ISRO is looking forward to many more such achievements in the near future.

Liquid Propulsion Systems Centre is the leading centre in the area of liquid propulsion for ISRO's launch vehicle and spacecraft programmes. The centre has its units at Valiamala in Kerala, Bengaluru in Karnataka and Mahendragiri in Tamil Nadu. R&D of earth storable and cryogenic propulsion and delivery of engines, stages, associated control systems and components for launch vehicle and spacecraft programmes of ISRO are the main responsibilities of the centre.

National Remote Sensing Agency (NRSA) is an organ of Department of Space, formed to realise the Indian Space vision. NRSA is the key player in its Earth Observation Programme and the prime player in its Disaster Management Support Programme.

NRSA offers research associate positions, senior and junior fellowships to young people with research aptitude in different themes such as geology, water resources engineering, hydrology, remote sensing, geographical information systems and environment. The Indian Institute of Space Science and Technology (IIST) established in 2007, is set to meet the demands of Indian Space Programme by providing a constant stream of scientists to ISRO.

Atomic Energy
The Department of Atomic Energy (DAE) set up on August 3, 1954 is engaged in the development and deployment of nuclear technology. The core activities of the department include enhancing the share of nuclear power in the power sector by deploying indigenous and other proven technologies, building and operating research reactors, developing advanced technologies such as accelerators, lasers, supercomputers, robotics, strategic materials and instrumentation and carrying out and supporting basic research in nuclear energy.

The DAE follows a comprehensive policy to develop competent scientists, engineers and technical personnel in order to effectively carry out its activities.

According to Dr. Homi J. Bhabha's vision, a training school was set up way back in 1957. This was the Bhabha Atomic Research Centre (BARC). The training schools like Centre for Advanced Technology (CAT), Indore, Indira Gandhi Centre for Atomic Research (IGCAR) at Kalpakkam, Nuclear Fuel Complex (NFC) at Hyderabad, and centres of Nuclear Power Corporation India Limited (Kota, Kalpakkam and Kaiga) have been set up as affiliates of the BARC Training School.

According to Career Digest (2006), a DAE document on the Recruitment and Promotion System for Scientific and Technical Personnel, about 7,500 scientists/ engineers in various disciplines have been trained in Nuclear Science and Engineering in the training schools since 1957, and nearly 300 scientists and engineers are trained every year in nuclear science and technology. They are absorbed in the various units of DAE on successful completion of the training.

Fellowships such as Junior/ Senior Research Fellowships of the DAE are tenable at other DAE units like the Indira Gandhi Centre for Atomic Research. Selected candidates are eligible to register for a Ph.D at Homi Bhabha National Institute, a deemed university of DAE.

Similarly, the Raja Ramanna Centre for Advanced Technology (RRCAT), Indore, which operates in the areas of accelerators, lasers and allied areas of science and technology runs a Young Scientist Research Programme (YSRP) during summer. First year MSc (Physics) students or students in the fourth year of integrated MSc (Physics) or in the third year of BE/ BTech in Engineering Physics/Mechanical, Electrical, Electronics or Metallurgy are eligible to apply for nearly 30 positions every year.

Selected candidates are paid round-trip train fare and a stipend. Institutions in the industrial sector specialising in atomic energy also recruit such scientists. Nuclear Fuel Complex, Hyderabad in association with Heavy Water Board, Mumbai and in collaboration with BARC has set up NFC-HWB Training School (NHTS) with residential complex 'Gurukul' at NFC, Hyderabad to cater to manpower requirements of Industrial and Mineral sector (I & M) of the Department of Atomic Energy.

Graduate engineers in Chemical, Electrical, Electronics & Instrumentation, and Mechanical Engineering disciplines selected on all-India basis are given a one year orientation course in Nuclear Science and Engineering and also I & M activities by specialists.

A stipend of Rs 8,000 per month and one time book allowance of Rs 4,000 is also provided. And the trainees are provided with accommodation.

On successful completion of the training, they are absorbed in Nuclear Fuel Complex and Heavy Water Plants and other I & M plants. As Professor Pranav N Desai, a Professor at JNU and a close observer of the strategic sector says, 'The lure of lucre can never dull the kind of challenges that a job at the strategic sector lab provides.' So as the DAE website exhorts, the positions are for those who like challenges in frontline science and technology. So if doing cutting edge science appeals to you, you know the place to go.