The Supreme Court of India in a landmark judgment has restrained “all Deemed to be Universities from offering any distance education courses” and has asked the University Grants Commission (UGC) to take necessary actions in this regard. The court has also ordered Central Bureau of Investigation (CBI) inquiry to find out government officials who granted permissions to Deemed Universities against the policy statement. 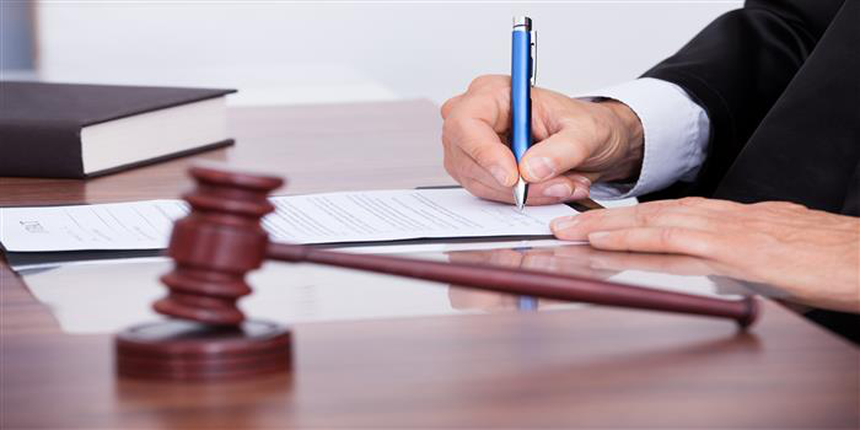 The Bench of Justices AK Goel and UU Lalit while hearing a set of appeals against the decisions of Orissa High Court and Punjab & Haryana High Court also pulled up the UGC for failing to regulate ‘Deemed to be Universities’.

The Bench has asked the AICTE to devise the modalities to conduct an appropriate test/tests of students who were admitted between 2001-2005. It has asked that the students should be given two chances. The court has also directed that those students who do not wish to exercise the option, shall be refunded entire money deposited by them towards tuition fee and other charges within one month of the exercise of such option.

However, there is no relief for students admitted after 2005, “students who were admitted after the Academic Sessions 2001-2005, their degrees in Engineering awarded by the concerned Deemed to be Universities through distance education mode stand recalled and be treated as cancelled.”

Coming down heavily on commercialisation of education, the Court observed, “The present case shows the extent of commercialization of education by some of the Deemed Universities. The commercialization of education seriously affects creditability of standards in education, eroding power and essence of knowledge and seriously affecting excellence and merit. The present case further displays lack of effective oversight and regulatory mechanism for the Deemed to be Universities. The UGC had completely failed to remedy the situation. A serious question has therefore arisen as to the manning of the UGC itself for its effective working. We have already found that facilities at Study Centres were never checked nor any inspections were carried out which has led us to direct suspension of degrees for the students enrolled during academic sessions 2001-2005 and annulment of degrees of students admitted after academic sessions of 2001- 2005. We have also found that there was complete and flagrant violation of norms and policies laid down by the authorities by the Deemed to be Universities.”

The Bench has also restrained Deemed Universities from carrying on any courses in distance education mode from the Academic Session 2018- 2019 unless specific permissions are granted by the concerned regulatory authorities.

The Supreme Court came to the conclusion after hearing all the concerned parties that the permission to conduct distances education courses were granted without any authority. It observed that the colleges in question started their distance education courses without taking any prior approval from AICTE or UGC.

The Court observed, “The factual narration mentioned herein above makes certain things distinctly clear. The affidavit of Mr. Ved Prakash discloses how permissions were granted to introduce courses in the present cases without any authority. On one hand, the authorities were proclaiming their policy statements and on the other, despite there being complaints, they went about granting permissions. Their conduct and approach is difficult to explain on any rational basis and leaves much to be desired. We are, prima facie of the view that the conduct of the concerned officials needs to be looked into and investigated whether the exercise of power by them was completely genuine or colourable. We do not express any final opinion in that behalf but direct the CBI to carry out thorough investigation into the matter and to take appropriate steps after culmination thereof.”

The court has ordered the UGC to conduct an inquiry into the University status enjoyed by four Universities in question, JRN, AAI, IASE and VMRF and has asked it to ensure that money is refunded by these varsities to students within the stipulated time.

It also said, “The UGC is further directed to take appropriate steps and implement Section 23 of the UGC Act and restrain Deemed to be 117 Universities from using the word ‘University’ within one month from today.”

It has also directed the Centre to constitute a committee for suggesting a roadmap related to regulatory issues in higher education. The Court observed, “The Union of India may constitute a three members Committee comprising of eminent persons who have held high positions in the field of education, investigation, administration or law at national level within one month. The Committee may examine the issues indicated above and suggest a road map for strengthening and setting up of oversight and regulatory mechanism in the relevant field of higher education and allied issues within six months. The Committee may also suggest oversight mechanism to regulate the Deemed to be Universities. The Union of India may examine the said report and take such action as may be considered appropriate within one month thereafter and file an affidavit in this Court of the action taken on or before August 31, 2018. The matter shall be placed for consideration of this aspect on 11.09.2018.”

The Supreme Court gave its order when appeals were filed against orders issued by the Orissa High Court and Punjab & Haryana High Court. The Odisha high court found valid the engineering degrees obtained by diploma holders through Open Distance Learning mode through their “off-campus Study Centres”, while the Punjab and Haryana High Court gave an order opposite to the one given by Odisha HC.

Get answers from students and experts Ask