NATA 2018 application form: Assam, Meghalaya, J&K students must fill in zeroes in place of Aadhaar No

NATA 2018 application process is on-going till March 2. The application process is online and one of the mandatory fields in the NATA application form 2018 is the Aadhaar number. This is one of the reasons that many students from Assam, J&K, Meghalaya wrote to Careers360 pointing out that they do not have an Aadhaar card and that exemption from having one was even provided in JEE Main. Their main fear was that they may not be able to apply for NATA on account of this factor and neither the Council of Architecture nor TCS ION had provided any alternative.  Careers360 had written to the concerned authorities for a solution to the problem and got a reply. 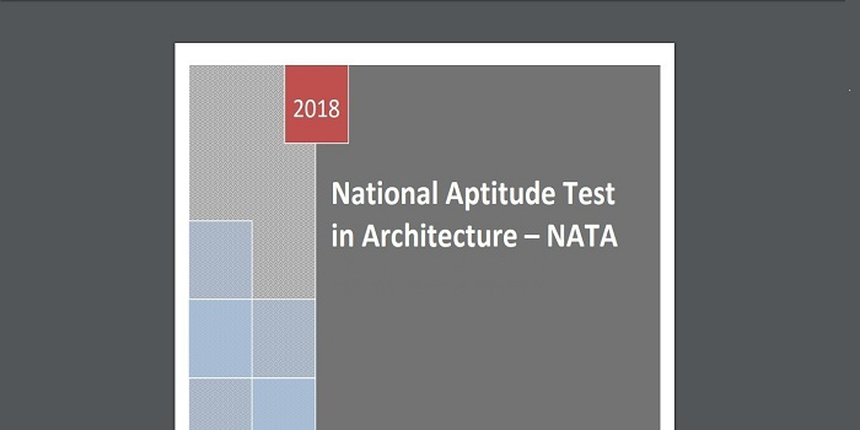 TCS ION has suggested that candidates from these states enter 00000000000 in place of their Aadhaar number and assured that it would be taken in. So all candidates from Assam or Meghalaya or Jammu & Kashmir should follow this practice and fill their NATA application form. Check the screen shot below of the mail received.

While it is fine that a reply with the solution has been given for the concerned students, it still is unclear as to why this has not been updated on the website as part of an advisory for students of these states so that they are not left in uncertainty. This has been resolved only for students who have written to Careers360 but what about the others who don’t know whom to ask? It is the responsibility of COA to ensure this is clearly mentioned in the guidelines and the frequently asked questions such that students are clearly aware of what has to be entered and what should not.

The other question that is unanswered is that what of students who don’t have an Aadhaar card. CBSE has given such students an opportunity to apply for one and use the enrolment number while applying for JEE Main. However NATA has not considered students who fall in this category thereby reducing the chances of these students to apply for the entrance exam.

One notable thing in the NATA process is the absence of exam centres in at least three north eastern states – Arunachal Pradesh, Manipur and Sikkim. While applicants can belong to these states,  there are no centres here. This may be due to the fact that a miniscule number of students apply from these states but it cannot be denied that if that is the case, it must also be the same for other north eastern states like Mizoram, Nagaland or Tripura.

The second notable factor is that the system takes in all data with no validation. So students are advised to carefully fill the details and ensure their accuracy as it is their onus to prove it with documentation during admissions. COA seems to have not done a thing about it except for taking the mantle of conducting the exam.

How to prepare for NATA in 1 Month

Candidates can check the points to be followed in the last mon...

is nata must for b planning course

Hello,
Only a handful of government colleges offer seats in B.arch and B.plan seats through the marks in JEE mains paper 2.
If you appear for NATA, your chances of getting a seat in good government colleges for B arch and B.plan increases.
So you must appear for NATA to get a seat.
Also, most of the private colleges take admission on the basis of either JEE mains paper 2 or NATA score
The first attempt of NATA 2020 will be conducted on August 1st 2020 and the second attempt will be conducted on August 29, 2020. The best score out of both would be considered for admission.
For more details about NATA please visit this link https://www.google.com/url?sa=t&source=web&rct=j&url=https://engineering.careers360.com/exams/nata&ved=2ahUKEwjajfDD5cDqAhUcyzgGHf5fA8oQFjAhegQIBxAB&usg=AOvVaw0kN82-vbSXFmbxZVoYVHpy

Is cet required for admission or is jee and nata sufficient?

To get into Architecture, JEE and NATA is sufficient. CET and JEE MAINS (AND JEE ADVANCE)  are the exams needed to get into Engineering courses. Through cet you can get into pharmacy and Pharma D courses also.

Refer to the website below for more detailed information..

Hello,
Here's a list for government colleges through NATA
Please visit this link to get a list of more such government colleges in India for B.Arch through NATA rank and score
https://www.google.com/url?sa=t&source=web&rct=j&url=https://engineering.careers360.com/colleges/list-of-government-engineering-colleges-in-india-accepting-nata&ved=2ahUKEwijo9-U6bPqAhXTmuYKHanDAM0QFjABegQIDhAH&usg=AOvVaw0bmvglAJikrrwNz15cOLOq
Hope it helps
Read More
Answer

Since JEE & NEET exams are postponed,will NATA 2020 also get postponed?

But yes ,.
Now that ,NEET and JEE examination has been postponed due to increase in covid-19, chances are there that your NATA examination may gets postponed too but nothing can be said with surety

If it gets postponed then a notification will be released officially , till then you should focus and concentrate on your NATA preparation