Central Board of Secondary Education (CBSE) has witnessed a dip in JEE Main applications for the consecutive fourth year. By January 1, the last date for JEE Main registrations, CBSE has reportedly received around 11,48,000 applications. As per a report by the national daily The Times of India (which quoted CBSE officials), for the academic year 2018-19, CBSE has received as many as 50,989 lesser number of applications as compared to 2017-18. 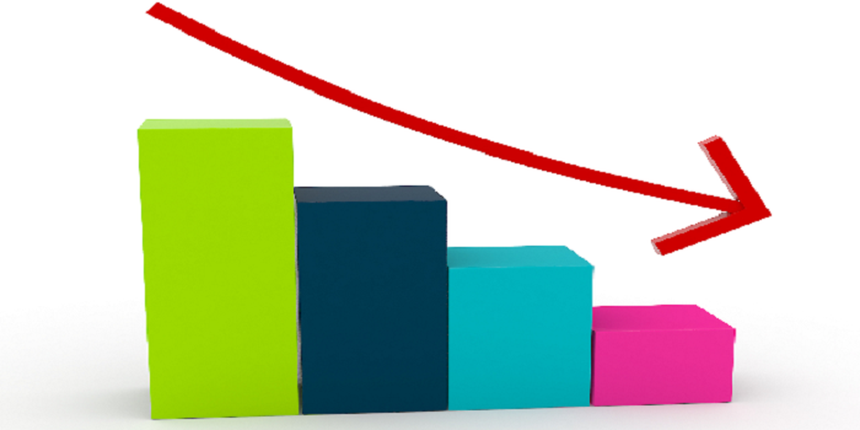 In comparison with the last year, there has been a fall of around 4% in JEE Main registrations. While the number of overall JEE Main applications has plunged, Maharashtra has registered a marginal growth in the number of candidates applying for the national level engineering entrance test. As per the official data released by CBSE, a total of 1.63 lakh candidates have registered for JEE Main this year whereas last year only 1.59 lakh candidates from the state had applied for the test.

The reason for the dip in JEE Main registrations has been attributed to the increasing difficulty level of JEE Main as compared to state level tests, students increasing awareness and interest towards other programmes like management and law.

Check the table below to know the official data about JEE Main applications from 2012 to 2018.

JEE Main 2018 application form was available from December 1, 2017 to January 1, 2018. However, the facility of JEE Main application fee payment was open till January 2, 2018. Candidates were also able to correct discrepancies in their photograph and signature till January 2.

Careers360 has compiled a list of states and institutes offeri...

given below are some of the tips and tricks that you can make use of while preparing for the physics portions or other portions as well for JEE Mains Examination,

if I give 2 mock tests per day of jee mains (full syllabus) for 20 days....will it be beneficial?

Yes, ideally if you have completed your full JEE Syllabus, you must regularly solve one or two Full Syllabus Papers, Previous Years, Mock Tests as well as Test Series, besides regular revision. But do ensure after the test you do proper analysis of the paper and note all the unknown and new information you came across during the test.

Jee Mains 2021 is the biggest engineering entrance exam for which more than 9 lakh candidates are expected to apply. It is the first step for future engineers who seek admission in IITs, NITs, IIITs, and CFTIs.

The question come from Maths, Physics and Chemistry.

Over the years it has been seen that the difficulty level in each section is usually as follows:

You can analyse chapter wise weightage of each chapter by going through past year papers.

You can refer to this link for checking the weightage.

When preparing for a competitive exam it is very important that you follow the right books. Some books may be hard to follow, so try to get materials that are written in a student friendly language. Below I have given a link where you can find details about the best study materials for JEE Mains: