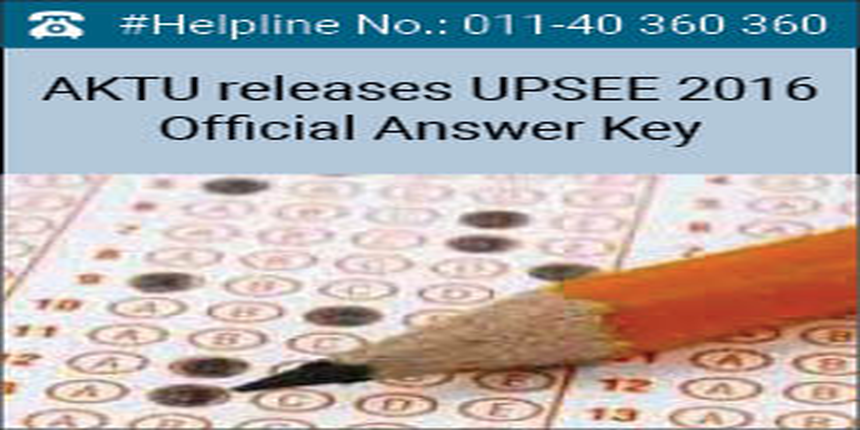 The exam conducting authority has released the question paper and answer keys for Paper 1, Paper 2 and Paper 3 of UPSEE 2016. Candidates can click here to check UPSEE 2016 official answer key. Candidates can estimate their score in the entrance exam with help of UPSEE 2016 official answer key. The entrance examination was conducted on April 17 for Paper 1, Paper 2, Paper 3 and Paper 4 by the university across 40 cities in Uttar Pradesh and 8 cities in states other than UP.

Abdul Kalam Technical University (AKTU) conducts UPSEE every year for admission to undergraduate engineering degree courses available at various engineering colleges of the state. According to authorities, it is expected that over 1.80 lakh candidates appeared in this engineering entrance examination for seeking admission at around 1.50 lakh engineering seats available across various institutes in UP.

Stay tuned to engineering.careers360 for more news and updates on UPSEE 2016.

UPSEE Counselling 2020 will be conducted online tentatively from fourth week of June. During UPSE...

UPSEE Exam Centres 2020 - Candidates can check all details about the examination venue through UP...

UPSEE participating institutes 2020 are the list of colleges situated within the territory of U.P...

View All News and Articles
Have a question related to B.H.M.C.T. ?

Know all about UPSEE

Your UPSEE brochure has been successfully mailed to your registered email id .