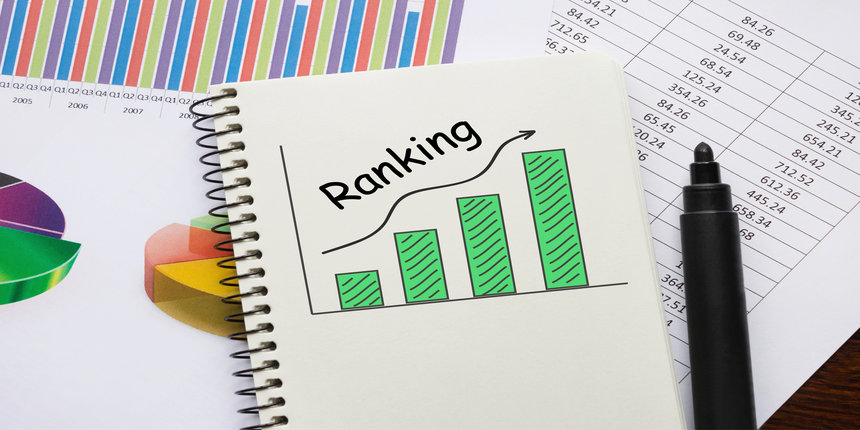 SRM University has also been ranked at top places in various rankings. Some of the rankings of the university are mentioned below-

SRM Institute of Science and Technology, Kattankulathur has received seven prestigious awards in 2019. All the seven awards are-

STEM Impact Award- SRM Institute of Science and Technology won the Society for Technology Management (STEM) Impact Award, becoming the only privately funded university to receive the award. The university has been awarded for innovating a cost-effective, Microbial fuel cell for bioelectricity generation and heavy metal reduction from environmentally available biowaste, namely tannery effluents. The university has three submissions for the award and its Microbial Fuel Submission received the award.

AICTE-CII IndPact AWARD- SRMIST won AICTE-CII IndPact Award for Best Industry Linked Technical Institute in India 2019 for Electrical Engineering and Allied Institute. Around 9,832 institutes participated in the survey, out of which 39 Institutes were shortlisted for final presentation and EEE department of SRMIST, Kattankulathur was one among them.

Three Swachhata Awards- SRMIST has won three Swachhata awards by AICTE. The institute was ranked No. 1 under the category of AICTE-Residential Universities in the third edition of Swachhata Ranking Award. The award was presented by MHRD as a part of its Swachh Bharat Mission. The institute received the award for its performance on parameters of hygiene like student-toilet ratio, hostel hygiene, water conservation, campus greenery, harnessing solar energy, rainwater harvesting, waste segregation, and solid waste management.

SRMIST was ranked third in AICTE’s Clean and Smart Campus Awards and first in the AICTE’s ‘One student One tree’ campaign.

Some other awards bagged by SRM are SAPE Appreciation Award for service in the field of education; Study in India award for participation in Nepal Expo; Award for Excellence in Internationalization of Indian Education by Global India Education Forum, Geneva, Switzerland; AICTE Chhatra Vishwakarma Award 2019 and Out-Standing University in Global Exposure Award in Indywood Education Excellence Awards – Tamil Nadu Chapter 2020.

Other than the above accreditations, rankings and awards, SRM university has been given AAA rating by NPTEL-Swayam for online courses at the portal; 5 star rating in Teaching, Employability and Inclusiveness by QS star ratings and Diamond rating by QS I-Gauge Indian universities ratings.

SRM Institute of Science and Technology, Chennai Updates and Articles

Nanotechnology Programmes at SRM Institute of Science and Tech...

Candidates can take a look at the Nanotechnology Programmes at...

SRM IST, Chennai has introduced an unique program by combining...

The faculty of engineering and technology at SRM has establish...

Questions related to SRM Institute of Science and Technology, Chennai

Hi,
Okay so there are many good private colleges but the ones you mentioned above are the more choosen ones.
Most important thing about these private colleges is that they have fees higher than iits and nits. But you will find an excellent learning atmosphere , laboratories , college grounds and all. So you can apply for any of the  universities mentioned above or there is one more good private college which is jaypee college in noida .
If i will compare between all those colleges then i would definately choose vit or srm as they provide excellent placements as well as their faculty is very good. Apart from that all colleges are good in their own aspect.
You can also click on the college predictor link to find suitable college https://engineering.careers360.com/jee-main-college-predictor?icn=QnA&ici=qna_answer
Read More
Answer

With a score of 360, your rank might be approximately between 168240-180534 . This is an expected rank range: https://medicine.careers360.com/articles/neet-result-marks-vs-rank . Now regarding the Colleges that you may have a shot at you have not mentioned the State that you hold the domicile of. Irresoectivve of that, with a score of 370 belonging to General Category, it is difficult for a Government Medical College and even in few States, it is difficult for a Govt. Quota seat in a Private Medical College. If you appear for All India Counselling, there are chances that you may get a seat under Management Quota in Deemed Universities. There are top Deemed Universities like KMC, HIMS, etc that participate in All India Counselling. Having said that, this is based on 2019 data and cut offs change every year. Cut offs change every year depending on various factors such as no.of Candidates appearing for the exam, no.of Candidates qualified, top NEET score and difficulty of the exam. For a complete list of colleges that you may have a shot at, please use our College predictor: https://medicine.careers360.com/neet-college-predictor?icn=QnA&ici=qna_answer

Your score is unlikely to get you a highly ranked government college. But don't worry, there are colleges that give scholarships on the basis of NEET marks as well as 12th board examination. The scholarships goes upto 90 per cent. So, I would suggest to look for such colleges in your area or state which offer such facilities. It doesn't matter if you are in a government college or not just focus on what you ar learning and you will be through definitely.

This is really a very famous college with it's big infrastructure, faculties and placement. This is ranked 9th in medical. This is a private college.The library of this institute has a huge amount of books with lots of magazines. Now near about 584 faculties worked here.

Here I am giving you the link with that you will understand the details of this institute:

b.tech in AI means you need to learn all the computer related subjects of b. Tech and apart from that you will be specialized in Artificial Intelligence(AI) field. you will not find any difficulties in learning in AI, becahse you are going to every subject that are getting offered in b.tech.

Hope this is helpful to clear your dilemma.

Answer later
Report
View All Questions
Have a question related to SRM Institute of Science and Technology, Chennai ? Ask

Life at VIT- Experience it with VIT Student Siddharth Gumber

Life at BITS Pilani- Experience it with Sagar Arora

Your SRM Institute of Science and Technology, Chennai brochure has been successfully mailed to your registered email id .