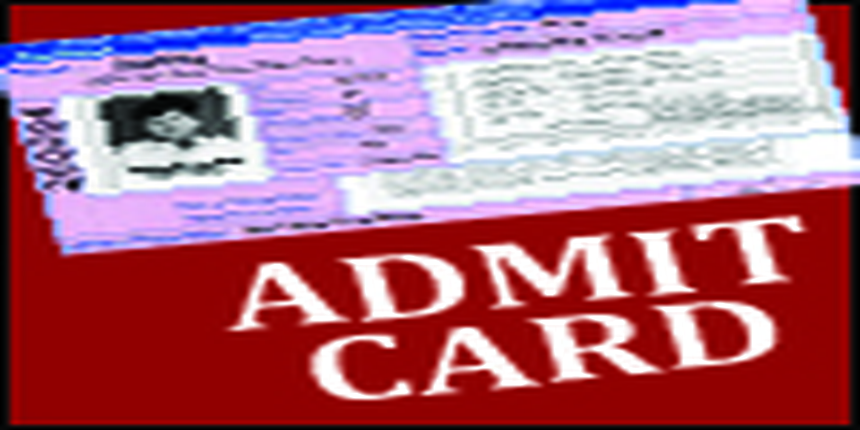 The JMI EEE 2013 Admit Cards will be sent by post to the candidates.

The Admit Card for the JMI EEE contains the candidate's particulars, JMI EEE 2013 Roll No and the exam centre details

In case the JMI EEE 2013 Admit Card is not received in time or is lost by the candidate, he/she should contact the Dean two days before the examination in Person:

Note: Students may note that they will be photographed on the day of the exam at the exam centre for authenticating the identity during the admissions.

I have got 150 marks in jee main 2020 mock test of my coaching institute,what rank range should I expect in real exam ???

You can check your expected JEE Main percentile as well as your expected rank from our predictor tool.Also if you will get the percentile and rank then you will be able to check chances of your admission in various colleges based on your previous years cutoff.
I am providing you a link of Rank Predictor below :

You can check Cutoff here :

You can also use our college predictor :
https://engineering.careers360.com/jee-main-college-predictor


I hope this helps.

Sir, is jee mains will be postpone again

as of now we have no information about the postponement of JEE mains , JEE mains is scheduled to be held in the month of september from the dates 1 to 6 , 2020 and the JEE main admit card is likely to be out on the july , 2, 2020

for more information kindly refer to the link mentioned below

Even with ST category, there's a remote chance you get into any NIT at 80 percentile. You may get NITs,IIITs through Home state Quota but it also varies depending upon the state in which you live.

You are qualified for JEE Advanced and hence you should try to score atleast 25% of the maximum marks to get a seat in IIT. (Qualifying cutoff is 17.5% and 5% subjectwise) That's all what I can say.

what is the strategy in last one month for jee mains 2020?

Firstly calm down and focus on your notes, just revise them widely and solve many mock test as you can and after solving mock test just analyse your results and see which is your weeker section and Focus on that, Don't loose confidence but focus on the things which you can do in better way

How Much Rank can I expect with 180 marks in jee mains 2020 September?

Good to see you here,

If you score that marks you will get definite seat in NIT,

If you need any another references visit the given site:

I hope this info will help for you.