In pursuit of clean water

It is routine for Vivek Kumar and his family to stand in the long queue every morning for their share of water. It’s a common sight in Govindpuri, a lesser known area of a posh south Delhi. This is just one location while there are a number of such locations in the very capital city where drinking water is a scarce commodity. 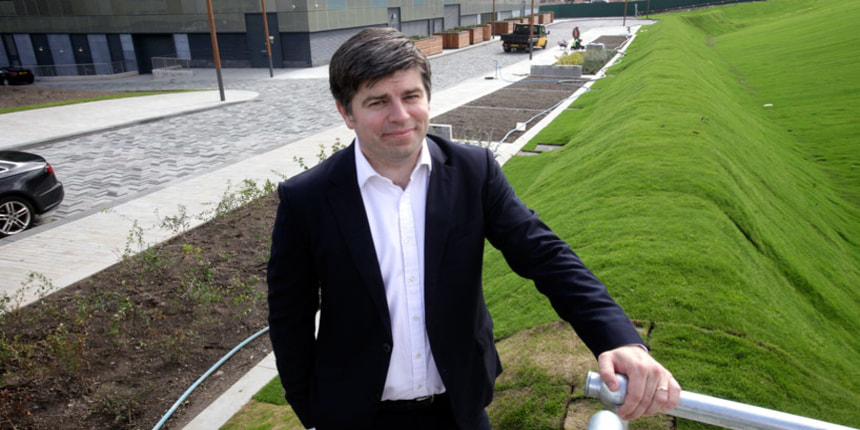 Private water distributors make the matter worse as they draw precious groundwater illegally. They supply water to not only residential areas, adjoining slum dwellers, but factories, hospitals and manufacturing units.

According to a survey done by the Delhi Jal Board, the total net demand for water up to 2021 would be 6272 MLD. The demand at present is 3324 MLD while the city gets only 2034 MLD. The average consumption is 240 litres per capita per day.

Delhi receives 790 mm of rainfall per year on an average. Experts say with scientific urban planning the water crisis can be solved and the underground water table maintained.

Congregate for a cause
To address the serious issue, researchers, students and teachers from Indian Institute of Technology Delhi (IITD) along with School of Planning and Architecture (SPA), Delhi have teamed up with Newcastle University upon Tyne, United Kingdom.

It is not only the researchers from the institutes/university but also the students at all levels from IIT Delhi and SPA- Delhi who are getting involved in large numbers to solve the water security problem. To start with, the area identified is the Yamuna basin catchment area of Delhi-NCR region.

The project will involve creating new tools, specifically the IT tools, which will act as a guide to automate various systems like water treatment, sewage treatment, solid waste management and reuse of sewage water and look at additional sources of water.

“We involve students in various ways. Starting from students doing their undergraduate courses to those involved in Doctoral studies. Students at each level will play their role as per their program and demand of the project. They will take portions of the project so that they can understand how to tackle the issues,” said Prof. A K Gosain, Department of Civil Engineering, IIT Delhi.

While IIT-Delhi will be taking care of the technical aspects of the project, the school of Planning and Architecture will work on the demand aspect of the water challenges specifically in Delhi-NCR region, by conducting a survey of water utilisation as per the municipal and other civic authorities.

The project, ‘Water Security and Sustainable Development’ is The University of Newcastle upon Tyne led Global Challenges Research Fund (GCRF) project amounting to 20-million pound for India. Spearheaded by Prof. Richard Dawson, Professor of Earth Systems Engineering, the University of Newcastle upon Tyne, the project has been simultaneously implemented in four countries including India, Columbia, Ethiopia, Malaysia.

“It is important to recognize that a lot of the water security challenges we face within cities and in delivering water to the taps, requires looking beyond the immediate. As far as the infrastructure is concerned looking on what is going on in the wider catchment areas in terms of the water availability and the activities that are contributing towards pollution is important. These are the two scales that we are working on Yamuna river catchment and then looking at a particular suburb or colony within Delhi itself”, said Prof. Dawson.

Student’s involvement
Harsha Yadav, research scholar at IIT Delhi, who is working on the project says, “We are trying to work on this aspect that there is a surplus of water but at the same time there is the scarcity of water. We are being forced to use water from the ground thus disturbing the groundwater table but when it rains we are unable to trap that water,” adding “this work is close to my heart. Currently, I am working on urban stormwater management for Delhi basin, how much flooding is there. So if we know the volume of the water we can divert it to some other place for later use.”

Arzoo Kumari, a second-year year student at SPA, feels that until and unless the governance issues are addressed, water-related issues cannot be solved for the common man. The students of SPA are visiting Balaswa landfill in North Delhi to understand the reasons for the water scarcity problems in that area.

“There are some open sources of water bodies and that is also polluted. So, when we went there, we wanted to understand the situation. Apart from that, we wanted to educate them about their associated health issues and their rights,” says Kumari.

The students feel that five years is a good time frame to see the final outcome of the project that they are working on and are confident that this will bring them the much-awaited result.

The final goal
The intent of the project is to understand the impact of the ‘systems approach’ at the global level. In this approach, all the stakeholders including the people, the communities and businesses together tackle water security as a team. The approach does not focus on one particular component of water supply but a number of aspects like technology, the economics of water and the management of lands in the catchments.

Successful implementation of the project will also build the infrastructure to tackle water security. Finally, it will come up with tools and methods that will actually help implement this idea.