IITians eye in the sky 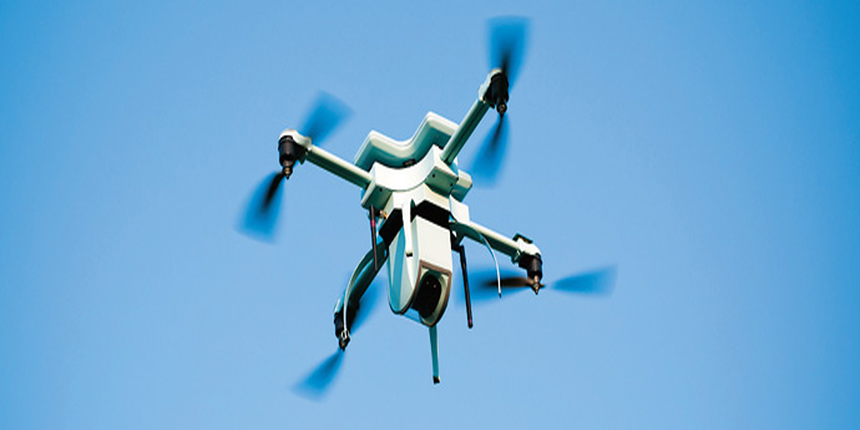 ONLY
a few of you would have missed '3 idiots', a huge Bollywood hit. Do you recall that mini quadrotor helicopter, unmanned Aerial Vehicle (UAV) that zapped all viewers? This was the early prototype of NETRA, a lightweight UAV designed by five alumni of IIT Bombay, who founded ideaForge Technology Pvt. Ltd, a hardware company. India’s first mini UAV, has been aptly named NETRA, meaning ‘eye’ in Sanskrit. This 2 kg drone flies over a distance of 2.5 kilometres, captures video footages and easily lands on the ground. It can be deployed anywhere in just about seven minutes. Hovering in the sky, the UAV transmits real time inputs to the controlling team.

The world’s smallest and lightest commercial autopilot developed in 2009 weighed just 10 grams. Six grams less than the nearest competitor.Ankit Mehta shares, “NETRA is easy to use, which helps you look beyond your reach, ultimately the unseen is seen!” Other co-founders, AshishBhat (29), Rahul Singh (29), Amardeep Singh (28) and Vipul Joshi (31) agree. More over, ideaForge is the only indigenous UAV manufacturer in the country. All of the domestic competitors import major sub-systems, critical to UAV's. The team shares, “There are Indian firms making UAV's but they are able to optimize the system by only a few parameters at a time leading to lower reliability and performance.” Housed in Navi Mumbai, the 5500 sq. ft company has some 30+ employees who are into R&D, production, operations and marketing.

ideaForge bagged the country’s first mini UAV tender, floated by the Indian Army for 20 units. “We won it against global competitors, such as Israeli, American, European and even domestic firms, while being about 3-4 times more cost effective as compared to other qualifying contenders,” says Rahul.

Today UAV Netra’s application is widely used for multiple surveillance activities, from anti-terror operations, border management, crowd monitoring to disaster management. Recently ideaForge trained paramilitary force ITBP to fly UAV to trace survivors in flood-hit Uttrakhand while CRPF deployed it to track anti-naxal operations in Chattisgarh. Ahmedabad turned out to be the first city to use UAV for crowd management during JagannathRathYatra in 2013.  Paramilitary forces, state police departments, armed forces and DRDO have been their primary customers ever since they hit the market.

Team ideaForge traces the genesis of their idea to the formation of an innovation cell at IIT Bombay. “It was a similar drive to work on robotics which flocked us together,” says Amardeep, who looks after marketing and product support. They attribute business success to their mentor Prof. C Amarnath who polished their skills. “I was an enabler, who did not stand in their way as they engaged themselves in several antics in my lab to which they had round-the-clock access,” shares Prof.Amarnath who was formerly with IIT Bombay. The team spearheaded by Ankit had already implemented 20 physical bootstrapping projects, which gathered financial support from IITB that had immense trust on their output. They developed alternative energy products like hand-crank charger and a bicycle charger for mobile phones and data loggers among others.

They registered the company in 2007 and got incubated at Society for Innovation & Entrepreneurship (SINE) at IIT Bombay. After prolonged ideation and development of products, they arrived at a consensus to focus entirely on quadrotor, as robotics was always top on priority. At SINE, they got a low-cost office space up to 200-600 sq. ft. with computers and other facilities. “They helped us  by granting working capital loan, mentored us on framing business plan and finding seed investors. And for machinery support we got easy access at IIT labs,” says Ankit.

It was during an unmanned micro aerial development symposium in 2008 that the team was noticed by DRDO, which was focusing on unique customized solutions for the armed forces. Dr Alok Mukherjee, Joint Director, R&DE, who heads Robotics at DRDO Pune, handheld ideaForge to convert their design into a product. Mukherjee says, “I was amazed by their design, which flied well, but it was still in contraction stage. DRDO was willing to transfer technology to ideaForge.” In 2011, anMoU was signed and IPR belonged to both of them. ideaForge only focused on unmanned vehicle technology and DRDO developed a ground control system for flying.

The Ground Control System rests in the hands of an operator and communicates with the UAV to pass on the intentions/instructions of the user to the UAV. User typically gives the GPS, which coordinates to the UAV and the UAV navigates to those locations on its own. The user can also control the payload/camera on the UAV in real time to get effective surveillance and reconnaissance feed. DRDO helped in optimizing the GPS to make it more convenient to operate in the field. “UAV is successfully tested everywhere from DRDO testing chambers, high or low temperature altitude, Leh to Andaman Nicobar region,” says Mukherjee. The cost of the device is about Rs. 37 lakhs including taxes. For every sale, ideaForge has to give a royalty of 2% to DRDO. Recently, the duo made a UAV demo for Archaeological Survey of India, and other companies to make them aware of the operations.

In terms of reaching out to the market, the product is not widely available for commercial use. If the product is deployed with lack of regulation and guidelines, then it can be easily misused.

Since the product is mostly linked to government organizations as customers, the legal drafting is time-consuming. The team constantly conducts workshop on the product's application for potential customers. They can also train field staff to fully operate the system in just about two days.

The company has so far made at least 50 UAVs. By next year, they plan to scale up their production to up to 100 UAV systems per year. They make revenues from product sales, sub-component sales, training and installation service. The video quality differentiates the product from others in the market, says Ashish, explaining how their product stands out, “We offer on-board image stabilization, simultaneous video and image capturing, special de-fogging mode and even target tracking.”

The other major global players in this space are Microdrones and Areyon Labs. But ideaForge maintains that their product has better competitiveness. “Our products are more user-friendly as compared to competition. In a recent tender’s technical trials, we clocked a deployment time of less than 7 minutes as compared to 15 minutes of the nearest competitor,” says a co-founder.

Now ideaForge has distributors in New Zealand and Australia. The young team dreams big as the global demand for UAVs is sure to go up.

Hello.
Salary per month depends upon your skills whether you do your engineering from IIT Bombay or from any tier 3 college yes it is true that most of the student get very highest package from IIT Bombay sometimes you have already been heard that someone got CRORE  package but it's true  in one sound actually this package is offered by the foreign companies and after conversion of currency in Indian rupees it is of crore the highest package vary from 24 lakh to 30 lakh in IIT Bombay offered in India.
Yes it is also true that IIT Bombay provides 100% placement because there is no scanty of companies in this, if you do hard work then you definitely will get best company and your salary would lie between 20 lakh to 30 lakh per annum.
Best of luck.
Read More
Answer
Answer Later
Report