IIT Delhi Cutoff - The Joint Seat Allocation Authority (JoSAA) will be responsible for releasing the JEE Advanced IIT cutoff. The minimum marks required by the candidates to get admission into the B.Tech course offered by the institute will be made available through IIT Delhi 2020 cutoff. Candidates will be able to check the IIT Delhi 2020 cutoff in the form of the opening and closing ranks. The authorities will release the JEE Advanced 2020 cutoff for IIT Delhi separately for different courses and categories of candidates. While preparing the IIT Delhi cutoff, the authorities will consider many factors such as the difficulty level of the exam, total number of applicants, previous year's JEE Advanced cutoff trends, availability of seats, and much more. Careers360 brings you IIT Delhi Cut off for different categories – General, OBC-NCL, SC and ST. The article gives you details about opening and closing ranks required for all undergraduate and integrated engineering programmes at Indian Institute of Technology (IIT) Delhi.
Latest: JEE Advanced 2020 exam dates announced; exam to be held on September 27 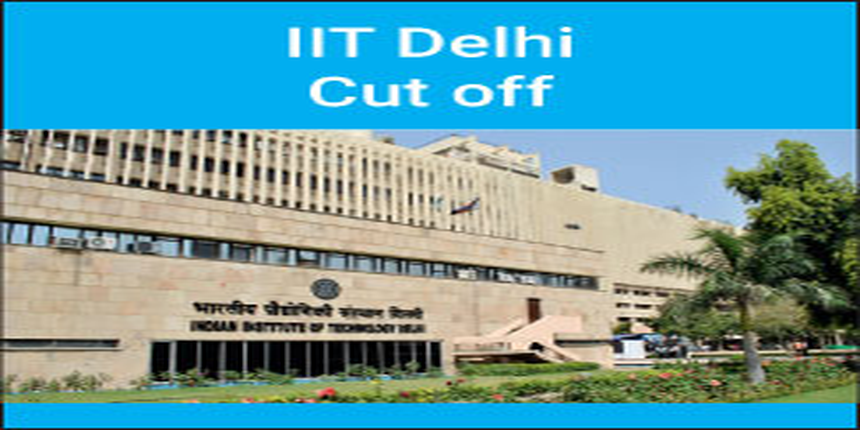 Minimum Percentage of Marks Prescribed for Inclusion in the Rank List 2019:

Stay tuned to engineering.careers360.com for more news and updates on IIT Delhi Cut off.

IIT Seat Matrix 2023 - Candidates can check the seat matrix of...

Admission in IIT Dharwad is on the basis of JEE Advanced. Stud...

Hello,
According to your score 20 percentile in JEE mains , your rank will be under 1000000 . With this rank it is impossible to get any of the NITs or IIITs or CFTIs. Percentile indicates how many students have been outperformed by you in exam. Top 20 percentile means that you are ahead of 80% of the people. Percentile scores range from the 1st through 99th percentile, indicating the percentage of scores in the comparison group which are lower than the test taker's score. Generally the students are required to score more than 75% or above to enter to the top 20 percentile of their respective boards just to be eligible for joint entrance examination(JEE). Usually the cutoff marks for the general category students goes to 66-68%, for OBC 65-66% ,for SC 63% ,for ST 62.5% . Percentile ranks are often expressed as a number between 1 and 99, with 50 being the average. So if a student scored a percentile rank of 87, it would mean that they performed better than 87% of the other students in his norm group. There is no qualification criteria for giving JEE. For JEE you must have passed your class 12 board examination. But, to get admission into NIT/ IIT you'll have to be in the top 20 percentile of the boards.
In 2019, general category cutoff stood at 66.8%, fo 65.2% for other backward class (OBC), 63% for Scheduled Caste (SC) and 62.8% for Scheduled Tribes (ST).
So, usually for general category the percentage falls between 65-72. The official percentile data has not been declared by JOSAA yet.
Read More
Answer

Provisional Answer Keys that are released right after the exam, contains all the correct answers to all the questions asked in that attempt of JEE. During this time, the candidates can challenge any particular question/(s) if they think that the answer given in the provisional answer key is wrong.

The JEE authority goes through these challenges (if any) and reevlautes their answer key, and if they discover that some of those questions are genuinely wrong then they decide to drop those questions. After that, they proceed to release the final answer key which is the closest to all correct answers.

For example, in one of the July 2022 attempts of JEE Mains 6 questions were dropped upon discovering that they were incorrect. So yes, if such a thing happens then you would see some changes in the final answer key which werent there in the provisional answer key.

I hope that was helpful.
Read More
Answer

Hope you are doing well ! No at 62 marks ,you can't get admission in any iit through jee advanced exam . For a general candidate ,you need to get at least 35-40 percent of total marks .while for a reserved candidate like obc and ews you need to have at least 30 percent means above 100 marks ,for sc and st candidates of you have 90+ marks then you can get lower branch in lower iits of India .

Hope it helps you!

Hello Aspirant,
According to the rank and category mentioned by you in the question you have almost no chances of getting into any of the IITs even after considering 10% reservation quota for EWS as cut-offs for EWS category closes around 1000-1500 in all IITs as per past cut-off trends. How to Get EWS (Economically Weaker Section) Certificate for IIT JEE Main and JEE Advanced? From academic year 2019-20, there will be 10% reservation quota for the Economically Weaker Sections (EWS) among General Category candidates in higher education engineering institutes (like IITs and NITs). EWS means economically backward section. EWS rank is the rank among the EWS students only. For example, if 1000 candidates attended the exam and there are 100 EWS candidates; if you are better than 500 candidates overall and better than 50 candidates from EWS then your general rank is 499 and your EWS rank is 49. You submitted EWS certificate. Now you secured 450 but the seats under EWS Category are filled but General Category seats are vacant. You will not be considered under EWS Category. Candidates belonging to General Category who have scored less than 450 will be given chance. An average of 500 seats will be offered to the candidates belonging from the economically weaker section of the society by the Indian Institute of Technology. This will be implemented from the academic year 2019 2020, as reported by Hindustan Times. The cut-off for qualifying for JEE (Advanced) was 89.75 percentile for open category students, and for EWS quota, it was 78.21percentile. Data from IITs indicate that EWS students who did not take advantage of the lower cut-offs, have scores above 89.75 percentile.
Read More
Answer

IITs plan to bring back Class 12 criterion for JEE Advanced 2023 admission: Report
‘The only option was to study: How a disabled Dalit student cracked JEE Advanced