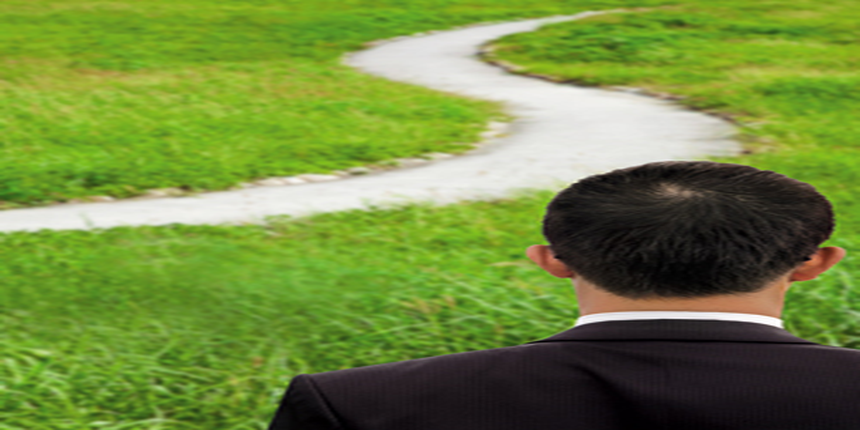 “Tough decision it was. And I started feeling like I’d lost a battle that maybe others won,” says Anurag Abraham, who took a break to fulfill his CAT dream. It was difficult for Anurag to digest that even after studying for a whole one year, he could not mention it in his rÃ©sumÃ©. “It’s just another exam preparation, right?,” he shares. Though the end result was disappointing, it was a learning experience for Anurag. And lucky for him he had devised a Plan B – event management – in case an MBA did not work out.

Today, Anurag Abraham works as a senior manager at an event management firm as managing events was always on top of his mind. Like Anurag many students may have had to change their career path after taking a break from studies. And even if they eventually find a satisfying career the challenges are no less demanding.

Why a gap year?
This is basically a period of time during which a student takes a break from formal education. In the West, students may drop a year to broaden their cultural horizons and travel overseas or work in a different part of the world. The scenario in India is different. Though there’s nothing wrong in taking time off, students must take note of challenges and make a well-informed decision. It has been observed that people drop a year for two main reasons.

One, they know what they want to become in life and put in all efforts to clear entrance exams that will lead to their goal. Two, they need some time off to have more clarity of their career. This can happen at any level of study - undergraduate or postgraduate. In some cases, students have found it hard to identify a career path even after graduation and may want to change streams. And we see rarer cases where a student reattempted IIT-JEE because he could not get the campus or stream of his choice.

“My gap year was a fun phase,” shares Purnima Singhal, a B.Tech student, who underlines from an academic point of view that dropping a year is not the end of the road. “Firstly, everyone wants to be a part of good institute that provides quality education and better placements. So a gap year gives you that chance,” she says. “Secondly, when you prepare during classes 11-12, it often leads to distraction from curriculum and possible low scores in board exams. So dropping a year reduces that burden as well,” she adds. Purnima dropped a year to prepare for IIT-JEE and other engineering exams, and eventually got through NIT, Agartala.

The journey
Typically, fewer 18-year-olds know which career they wish to pursue. For some, this time helps to figure out who they are before rushing into what they are going to be. Anurag for instance, took this time to manage his thoughts better, study and plan career options. He also shares that one has to survive that feeling of ‘extreme pressure’. “I can or I cannot are the only two options, and there is no place for maybe!,” he says.  “A gap year student must be confident of improving his results by a significant margin and only in such cases must take a gap year. For instance while moving from an All India Rank 50 MBA institute to NMIMS or IMT would make sense. A gap year to shift from an MDI to IIM is not advisable,” says Gautam Puri, MD, Career Launcher Educate.

The LLB scenario
In the case of law students, gap years are common after a student has taken admission to LLB but not before that. According to the National Law University, Delhi roughly 30% of Class 12 students takes a break to prepare for LLB entrance tests. This is because many science stream students want to clear law, but find the law entrances tough. “It has been found that the success ratio is fairly high in such cases going beyond 60%. It does not have any affect on their placements also,” says Prof. G S Bajpai of National Law University, Delhi.  Many students who join an LLB course as a backup, continue to prepare for exams like UPSC, CS, Bank PO or SSB and don’t pay heed to their law course! Hence, they either end up completing LLB in six years instead of three or not clear at all.

Emotional side effects
When a student opts for a gap year, they should realise that they may or may not qualify for the exam they are preparing for. In a no-win situation, it is advisable to proceed with Plan B. Because of social pressure and a sudden discovery that there is no one in a peer group who has taken a similar (gap), they may feel alienated. Dr Akanksha Bahuguna Kaul, a lifestyle management and a nutritional counselling expert feels that dropping a year can have a big psychological effect on a student. She has seen many students losing motivation or being distracted halfway, in turn leading to regretting their decision.

FIITJEE Director R L Trikha seconds her observation. He shares that when a student prepares for entrance exam after completing school, he thinks that he already knows much from school. He starts challenging his teachers and so the receptivity becomes poor. “He starts doubting whatever is being taught and thinks he has much time to study. So as per my experience, if you start early, the chances of getting better marks improve,” he says.
Of loans and placements

Of loans and placements
Some gap year students have faced problems when seeking an education loan. When you apply for loans, the bank personnel judge how well you can do in your future. They take a judgment call based on the prospective institute’s reputation. “We do not rely on brochures much. A bank has to foresee repayment. So it is advisable that a student takes a gap only if it is justified,” says Satish Kumar Goel, Assistant General Manager with Syndicate Bank.

Varun Mangla, who pursued B.Tech from Apeejay College of Engineering in Sohna, Haryana, is completely against the idea. He saw his friends suffer during admissions as well as placements. During his college time, drop-year students were not allowed admissions by some institutes and many companies didn’t call them for interviews. He adds that instead of taking a gap, one should pursue graduation and pursue a programme of their choice in PG. Odile Soreng, Senior Officer (HR), Moser Baer Photovoltaic, explains that when a company goes for campus placements, it looks for what a student has done during a gap year. “A student should have a justification for the time spent; like if he did a short-term course or maybe worked somewhere. Otherwise, it is a negative trait considered during interviews,” she says and adds that BPO experience is not counted as work experience barring a few rare cases.

Role of parents and guardians
Supportive parents are of tremendous value. Anything less can only have a harmful effect. Ashutosh Rao, whose father is an independent consultant and mother an Economics professor, cracked IIT-JEE in his first attempt and was getting the college he wanted. But he was getting Metallurgy or Civil Engineering as an option, which he did not want to pursue. “I was confident. I turned to my parents and told them that I want to do Engineering Physics. Though they were a little hesitant, they did not show it at all,” he shared. Today, Ashutosh is a fourth year student of Engineering Physics at IIT Bombay.

Yet at times, parents and guardians fail to provide the required support due to lack of knowledge and examples from their surroundings. Anurag’s parents were supportive but worried. He recalls that they did not know how it worked, and dropping years were not popular in their generation. “So, it’s not the most confident times for students. No one knows how it’ll come through,” he adds. Experts advise students contemplating a drop year to discuss it with parents and ensure they will have the support and understanding of elders, no matter the outcome. Parents are advised to also take an interest in Plan B.

Coaching classes
Coaching is not essential but it can be of support to students who feel that they need it. Experienced teachers helping one prepare might even be invaluable for some. For instance, if a non-Maths student aspires to do MBA, then he needs to improve his quantitative and analytical skills. So, a teacher acts as a guide. Getting the right kind of guidance is imperative.

However, it’s difficult for students to gauge how good their coaches are. If a student chooses to do self-study with the coaching institute’s study material without joining it, he must ensure that he learns all those strategies that help him solve objective papers like JEE as per requirement. According to Purnima, being surrounded by the other students in a coaching institute can give you the motivation to win. However, Mr Puri thinks that coaching is never important to succeed in an entrance exam and the result is always 80 percent of the students’ effort and at max, 20 percent of the coaching institute’s.

What's your back-up plan?
There are back-ups for most things in life, so also have one for your career! Stay focused and keep your mind on your ultimate goal – building a career path. Practise well. And, it might be important to hear what everyone around you says, but listen not to everyone.

Prof G Neelakantan, IIT Kanpur, advises that one should drop a year if they are mentally tough and would not allow any criticism or self-doubts to come in their way. According to him, this is because most people are far less tough and resolute than they think they are.

He adds that if one does not want to drop a year, it has advantages, too. “After all, life is big and if one does well in whatever course or job one has got, that maybe its own reward,” he shares.