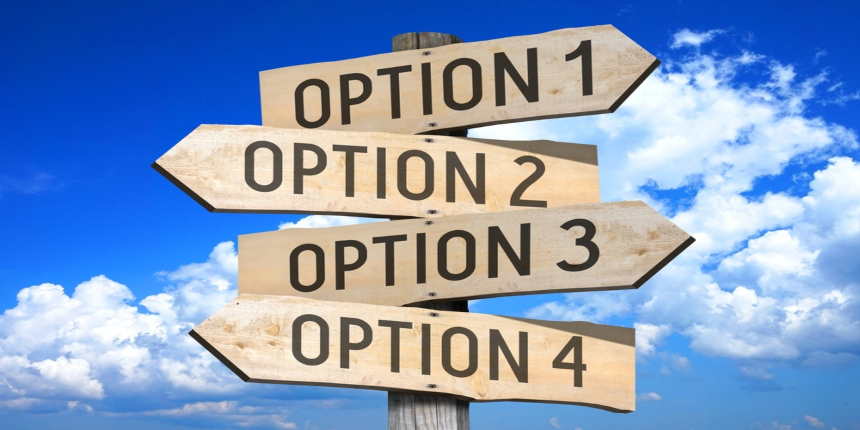 Many a times when the score obtained in any engineering entrance examination like that of KCET is not up to the mark to land up the candidates in their choice of institutes, the thought of dropping that year strikes the mind. Such candidates think that they should try again in the year/ session that follows with a better preparation. For such candidates, there is a reminder that it is not sure if the circumstances will be totally favourable in the next session. Life is unpredictable and so is the mood to study because when you know that you already went through the whole of KCET syllabus and could not make it this year, studying the same topics and books, again and again, is a challenge to the determination.

So, if a candidate is sure and dedicated enough to crack the KCET exam with a better score, then only the risk of putting one whole year in vain, because preparation won’t count in the future.

Every year, almost 4 lakh students appear in the KCET exam and almost top 1 lakh rank holders make it to the participating institutes. So those whose ranks lies above 1 lakh are the ones who look for other options and institutions wherein they can get admission into engineering courses. Candidates should search for institutes that offer such low KCET rank holders in the particular B. Tech specialization as available. They should check the previous year’s KCET cutoff according to the course interested in and also for the KCET participating institute.

If they find a few college names accepting candidates of their ranks, they may check out whether the admissions shall be based upon official counselling and what all documents shall be required so that they keep all the things ready for admission without a delay.

Sometimes, candidates give up on the first 2 or 3 rounds of KCET counselling and do not wait for further rounds of counselling while they are already having a considerable ranks. For such students, it is advisable that they have some patience with the counselling rounds and see what the previous are going like, and also whether the current rounds match to that of previous year’s. This will help them understand whether they will be able to make it to engineering admissions through KCET. Sometimes, the students who could fetch admissions give up their chance because they got some better opportunities or for other inexplicable reasons. This can bring in the chance for admissions for those who lost their chance earlier by contacting such institute’s authorities.

The Karnataka common entrance test (KCET) is a state level entrance examination conducted for engineering admissions in the state into the participating institutes, mainly the government institutes. Thus, if one has a firm decision to pursue engineering from Karnataka, but could not make it better in the KCET exam, they may not forget that there are several private institutes that do not take KCET scores compulsorily as well that offer engineering courses. For those who think that studies at private institutions is not good enough as compared to a government institute, the fact is that the quality of education depends more upon the lecturers. There are many experienced lecturers who lag behind at subject expertise while there are some newcomers who explain the concepts in depth. So, if one enters the institute with the aim of learning, things would turn with better results which might not be the case with a government institute. Also, if the question comes to placements, government institutes don’t always land up with any better job opportunities.

Sometimes what we aim for might not be in hand and for such situations, some students are ready for backup plans. So if a candidate falls in that category and has a plan on an alternate course that was to be pursued due to interest, a low score in KCET is the opportunity to pursue what lies in the plan.

Because there are students who get entangled in the societal rules of either engineer/ doctor or nothing. This should not be the case because being the best in their profession might land them at a better place rather than being average at a place where the crowd targets for. Not everyone is born to become a doctor or engineer and there are chances that pursuing some other course might bring in the knack to do great in that field.

Thus, candidates with low scores in KCET should surely consider the above-mentioned pointers and they will surely end up with a concrete solution on what has to be done next. Because an examination can not decide the whole life and there are many options after low rank in KCET.

Question: Can I get admission through KCET if my rank is above 60,000?

Yes, such candidates may not get place in top 10 institutes but in other institutes.

Question: How many participating institutes are there for KCET?

There are around 230 KCET participating institutes.

Question: Who conducts the counselling process for admissions through KCET?

The Karnataka Examinations Authority conducts the counselling for KCET.

Question: Can a candidate who did not appear in KCET get admission in engineering course in Karnataka?

Yes, there are institutes that do not mandate KCET for admissions in engineering courses.

Students must check KCET latest news and updates to be aware o...

Hi my son studied from 1st std to10th from karnataka and we are planning to do 11 and 12 th in Andhra Pradesh.is he eligible to write kcet...and we r residing in Karnataka from past 15 years...please let us know whether he can write KCET and will he be a local candidate.

Hello,
Your son will definitely be eligible for kcet 2021 as a local candidate because the eligibility criteria says that Candidate should have studied in one or more Government or Government recognised educational institutions located in the State of Karnataka for a minimum period of SEVEN academic years from 1st standard to 2nd PUC / 12th standard as on 1st July 2021 and must have appeared and passed either SSLC / 10th standard or 2nd PUC / 12th standard examination from Karnataka State . As your son has studied up till class 10th in Karnataka therefore he will be eligible for kcet 2021. For more info you can visit the following link:
https://engineering.careers360.com/articles/kcet-eligibility-criteria
Read More
Answer

KCET 2021 will be organized in the third week of April 2021. Karnataka Common Entrance Test is a state level exam conducted every year.

The KCET 2021 application form will be made available through online mode only.

The application process will get started from fourth week of January 2021.

After the completion of entry of all the details, candidates will get an user Id and password to their registered mobile number and the email Id.

Application form fee for general category is Rs. 500 and for SC/ST Category-1 / Females of Karnataka candidates only is Rs.250.Outside India candidates have a fees of  Rs. 5, 000.

And Outside Karnataka state candidates have to pay Rs.750.

KCET 2021 exam will be held in offline mode.

The paper will contain multiple choice type of questions.

80 minutes will be given for completion of each paper/subject .

You can refer to this link for more information about the exam.

whether the open councelling will be there in clg for kcet

Yes you are eligible to give KCET 2021. Candidates must have passed their class 12/PUC examination. Candidates who have appeared in their class 12/PUC examination in 2021 and waiting for their result can also apply for KCET 2021 so as you have passed your PUC/12 you are eligible to give KCET 2021. Karnataka Examinations Authority (KEA) will release KCET 2021 application form tentatively in the first week of February in online mode. Candidates will be able to access the application form of KCET 2021 at the official website. The authorities will conduct KCET tentatively in the fourth week of April.

I am in First puc right now. I am aiming for a rank below 500 in kcet exam. Should i prepare particularly for kcet only in my second pu or should i go directly with the preparation of JEE because some peope say that preparing for JEE will also help me fetch a good rank in kcet.

If you will prepare for JEE whole heartedly then KCET will be very easy for you. Although KCET has different question pattern and are mostly similar to PUC syllabus but questions in JEE are way more advanced then KCET. So, in my opinion you should prepare seriously for JEE and beside solve questions from your PUC books too in free time and that will suffice.