It was here that the first industrial school was established at Guindy in 1842. This school ultimately became the Guindy College of Engineering. India’s third Institute of Technology (IIT Madras) was opened on July 31, 1959 with collaboration from West Germany. At present there are nearly 500 colleges imparting engineering education with more than 2.34 lakh intake every year at the undergraduate level alone. 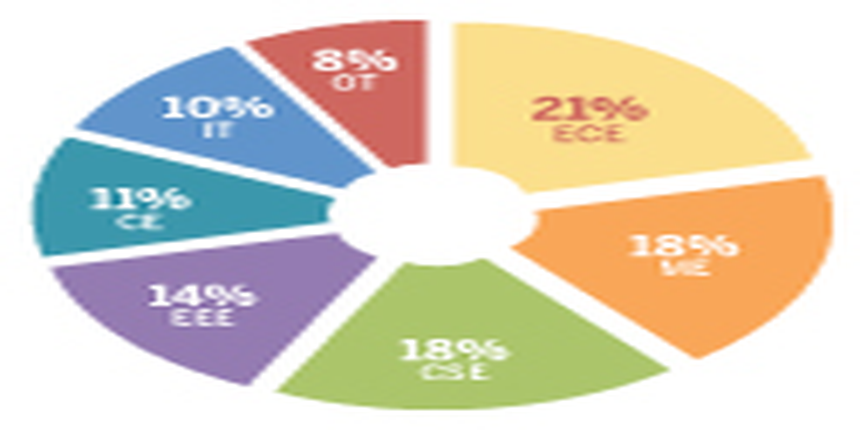 Allocation of Seats in Colleges

Following types of seats are available:

(i)  Seats in Government Engineering Colleges

(ii)Seats surrendered by the Self Financing Engineering Colleges

(iii)Seats in Central Institute of Plastic Engineering and Technology

General Candidates satisfying the eligibility conditions given below as on the last date of submission of application are eligible to apply.

Nativity Candidates belonging to Tamil Nadu only will be considered for admission. However, the following categories of candidates are also eligible to apply as Tamil Nadu candidates subject to the conditions indicated:

(A)  Candidates belonging to Tamil Nadu

(B)  Candidates belonging to Other State (eligible for Open Competition only)

i) Other State candidates who have studied VIII, IX, X, XI & XII Std. in Tamil Nadu

ii)Children of Central Government Employee, provided their parents or guardians  continuously for the past FIVE YEARS

iii)Sons and daughters of All India Service TN Cadre Officers

iv)  Children of Employees in Public Sector or Govt. recognised Institutions who at the time of ubmission of application  for  admission  employed  in  Tamil Nadu  continuously  for  the  past  five  years  may  also  apply

(C)  Foreign Nationals are not eligible.

A pass in the HSC (Academic) or its equivalent with a minimum average percentage in Mathematics, Physics and Chemistry as prescribed

Selection shall be made under seven categories namely OC, BC, BCM (BC Muslim), MBC & DNC, SC, SCA and ST reservations following the rules of reservation of the Government of Tamil Nadu as follows. Tamil Nadu native candidates alone will be considered for communal reservations.

Candidates seeking admission against ST/ SC / SCA / MBC & DNC / BC / BCM (BC Muslim) quota should obtain the certificate of social status issued by the competent authority in the prescribed Permanent Community Card in Tamil Nadu and enclose an attested photocopy of the same along with the application.

A merit list will be prepared based on the total marks of 200. In cases where more than one candidate have got the same marks in the common merit list, the inter-se merit among such candidates shall be determined in the order of priority as specified below.

Candidates who are applying for the special reservation categories of seats should satisfy the rules stipulated for admission. Allocation of these Special Reservation seats will be followed as per horizontal reservation.

Selection will be based on the ranking or on the basis of total marks obtained for achievements in Sports as given.

If enough candidates are not available under any of the special reservation, the vacancies will be reverted to the general quota in the respective communities.

(b) ADMISSION OF VOCATIONAL STREAM CANDIDATES

The academic marks in the prescribed subjects will be reduced to 200 (Related subject 100 marks, vocational subject including theory and practical 100 marks). No seats are reserved in University Departments and University Colleges. Selection will be made following the Communal reservations. There is a separate ranking and counselling for vocational candidates.

Candidates will be called for counselling in the order of their merit. Based on the merit and communal reservation, allotment of the branch/college chosen by the candidate will be made. Candidates have to opt for colleges and branches that are available at the time of counselling.

Candidates have to pay an initial deposit of Rs. 5000/- (Rs. 1000/- for SC/SCA/ST candidates belonging to Tamil Nadu) by Cash or DD and produce all their original certificates when they attend counselling.

Eligible candidates who have applied may appear for counselling according to their cut-off mark, two hours before the counselling session along with their original certificates for verification, irrespective  of receipt of individual communication.