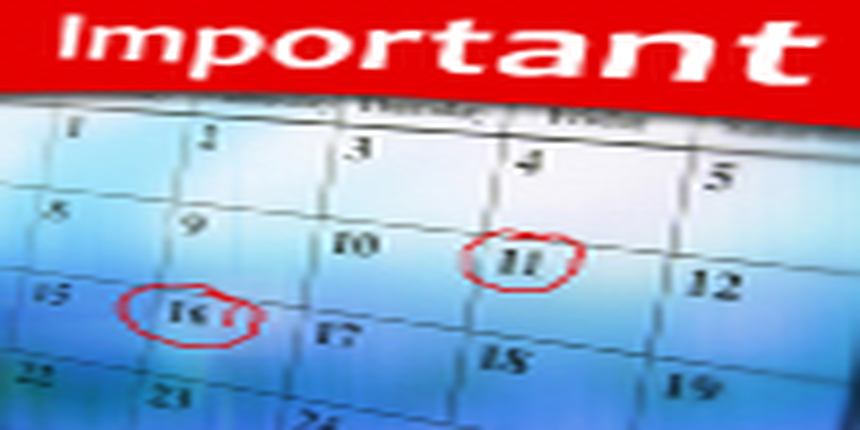 Latest News: As per the AP High Court Order, Counselling for EAMCET 2013 shall begin tentatively on August 19, 2013.

Last date for Registration and Submission of EAMCET 2013 Online Applications:

About EAMCET: EAMCET is an entrance exam conducted by the Jawaharlal Nehru Technological University Hyderabad on behalf of Andhra Pradesh State Council of Higher Education to provide admission to the eligible candidates for various degree courses in engineering in the colleges under the state

AP EAMCET Syllabus 2020 - JNTU Kakinada will be publish the syllabus of AP EAMCET 2020 which can ...

AP EAMCET exam centres 2020 will be the cities where entrance test for admission in B.Tech will b...

Is there age limit for AP EAMCET ?

Is there age eligibility for ap EAMCET?

Hello vamsi krishna!!
A candidate must have completed 17 years of age as on December 31,2020.There is no upper age limit to apply for AP EAMCET.Take a detailed view about the eligibility criteria of AP EAMCET in the link provided:


No, other state students are not eligible to apply for AP EAMCET.
In order to apply you should belong to the state of Telangana or Andhra Pradesh.

To know the full eligibility criteria click on the link below :

what is the age limit for Ap Eamcet

To know more check the link given below

for getting a rank below 7000 you must get a score >95. basically the rank will depends on mainly 1. which category you belongs to? 2.how many marks you got in ipe  mpc 2.the level of difficulty in the paper. As of now your ipe marks are somehow less if you belongs to any category then it will be helpful for you.anyhow if you can score more than 95 marks then u can definitely get a rank less than 7000 though u belongs to OC also