Competition in Exams in pre and post COVID-19 era

Competition in Exams in Pre and Post COVID-19 Era - A few months back, everything was normal and life was too fast paced, and then suddenly a virus emerged in the neighbouring country and the world was overthrown. At this time the much applauded concepts of globalization and international trade proved the biggest fuel to the fire brought by coronavirus. India brought in early precautionary measures to control the spread of virus by locking down the nation due to which, many events including all the pending entrance examinations that were supposed to be conducted in march-April have been put on hold for the time being. Now that the entrance exams are in a dicey condition, students have started guessing for the times that follow if the competition will be raised due to laches in conducting exams. Hereunder, we will try to find the possibility of rise in the graph of competition in exams in the pre and post COVID-19 era. 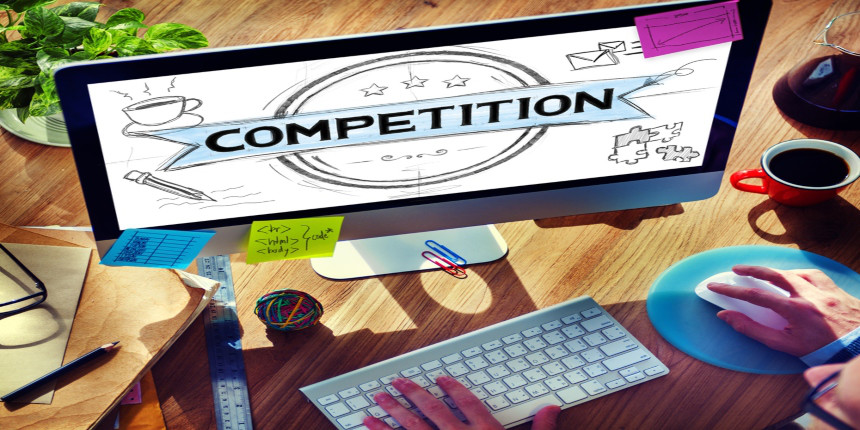 Competition in exams before Coronavirus

In the previous year until the imagination of a virus that could put the world on stake was nowhere, when things were so-called ‘normal’, entrance and competitive exams were conducted at a specified time. Entrance exams were set according to the fixed exam pattern on a decided difficulty level and thus conducted accordingly. The results and cutoffs used to decide who gets admission into the institutes for which the entrance exam was conducted. Talking about the competition, it depended upon the number of registrations for a particular exam in proportion to the seats for which admission is to be made and also the demand for the course which such exam is conducted for. The students who appeared for exams included some solely focused on preparing for the entrance through self study coaching and others who prepared while still being indulged in the qualifying examinations (class 12 or undergraduate, as the case may be). Thus the difficulty level of the exam was set as per rules and competition in the exam relied upon how well the candidates are prepared for the exam.

Why would COVID-19 affect competition in exams?

However it is just a mere calculation among students that the competition in exams would show a rise in the coming session, there is no conformity for now in this regard. While everything has been impacted, board exams are pending, entrance exams have been postponed, there is a buzz on whether the exams will be conducted.

Competition in exams stands the chances to be increased after the coronavirus comes to an end and lockdown is relieved because students are having extended periods to study due to prolonged lockdown. Many times there are students who don’t apply for an exam as they lack time to study and try for the year that follows, and also students who are not fully prepared to face the exam and end up being under-performed in the exam while they could do well in the exam. Now that prolonged lockdown has reduced the possibility for both these factors, there are chances that competition might increase and those who will be performing the best in the exams will stand a chance to crack it and ensure qualifying the very purpose for which they appeared in the exam.

Why is delay not good for entrance exams?

As we all know that in India, ‘March to July’ is a crucial period for people who are still in academics, be it schooling or post schooling period. It is usually the end of one educational footstep and entry into the one that follows. Most entrance exams are also conducted during this period and thus, all of it is on a halt for the time being until things get back to ‘normal’. As for now, nobody can say when the lockdown will come to an end and people will be able to get back to their routine lifestyle, academics will be back on track and postponed entrance exams will be rescheduled.

It will not be good for students if the situation present persists for long because if entrance exams are not conducted, the academic session will be delayed because admissions are dependent upon that. If things don’t improve soon, it might result in the loss of an academic year for most of the students who have given their best already to their preparation.

However, whatever happens, it is with all of us and the most important thing for now is how we all can stay at home and utilize this time for the best. Being tensed and depressed due to such thoughts should not over power the spirit of living a better life while defeating this coronavirus pandemic.