CEED Counselling 2017 - Common Entrance Examination for Design (CEED) Counselling 2017 is not held commonly by IIT Bombay, the organizing institute, for qualified candidates of the entrance test. They will have to apply separately to the institutes from where they are interested in pursuing M.Des degree. The qualified candidates need to check for application announcements and admission notifications of CEED 2017 Participating Institutes. M.Des 2017 admission criteria will differ from institute to institute. Interested students can check complete details about CEED Counselling 2017 below. 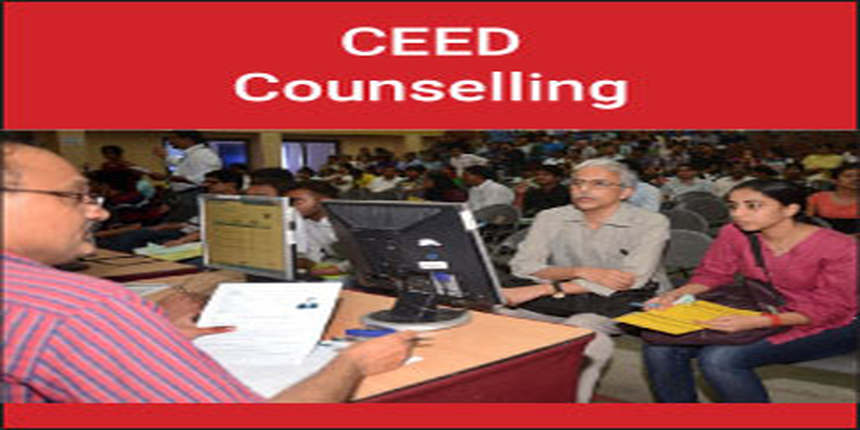 During the interview, generally all institutes ask for a portfolio from candidates that showcases their designs, sketches and other ideas. The idea is to understand their aptitude for design. Candidates showing their talent and passion for design will get selected for the M.Des admissions.

Following are the Participating Institutes of CEED 2017-

CEED 2017 Result will be displayed online on March 10, 2017. The score card can be downloaded from March 15 onwards, and it is valid for a period of one year from the date of declaration of the result. However, it will not guarantee admission. A candidate must apply to respective institutes for admission and fulfil other requirements such as tests and interviews of the respective design departments. The announcement for admission to the postgraduate programmes in design will be notified by the individual institutes separately.

Common Entrance Exam for Design (CEED) 2017 will be conducted by IIT Bombay on January 22, 2017 from 10:00 to 13:00 hours. Candidates will be given admissions to the Masters of Design programmes at IISc Bangalore, IIT Bombay, IIT Delhi,IIT Guwahati, IIT Hyderabad and IIT Kanpur, and to Ph.D programmes in Design at IISc Bangalore, IIT Bombay, IIT Hyderabad and IIT Kanpur. The CEED 2017 score is valid for a period of one year from the date of declaration of the result.

Careers360 will provide here the latest updates on CEED Counselling 2017 as soon as announced officially by any institute.

Stay tuned to engineering.careers360 for more news and updates on CEED 2017.

what would be the area of knowldege or skill would be asked in interview and test i mean as a general so as to prepare for it especifically.

Can you help us in understanding if there is any particular entrance exam or Personal Interview that you are attending? Most questions depend on this and so if you can help us with this information, we can help you further.

As your common entrance examination design score is 51.5 and you scored good marks congratulations for that and you pursued good rank 130 its a  good rank you have chances to get seat in the IITs for phd and mds and you can get seat in top IITs like

ST rank 19 CEED. Will it be possible to get a seat in Mdes IIT Delhi?

While filling up the appplication form, the rank for CEED given ahould be of the open rank or the category rank?

As  Ceed means common entrance examination for designing conducted for getting seat for good colleges or universities for the phd and mdes courses and these are thegood courses that you can prefer and you should mention open category rank as if they mention any category based rank you should mention category rank if only rank is asked you should mention the open category rank in the application form and we will get seat in iits in the top colleges if we score good marks in this entrance exam and if we phd and mdes courses in the IITs you may get good placements with high packages and ALL THE BEST for your future and i think my suggestions and knowledge may be helpful to you.

I got a rank of 52 in the ST category in CEED. In which colleges do I have a chance to get into?

Are some the top most institutes you can get seat in that institutes based on previous year cutoffs and i think my suggestions and knowledge may be helpful to you.

ALL THE BEST for your future

Answer later
Report
View All Questions
Have a question related to CEED ? Ask

DRDO Recruitment through GATE 2020 - Application Starting on May 29

Your CEED brochure has been successfully mailed to your registered email id .