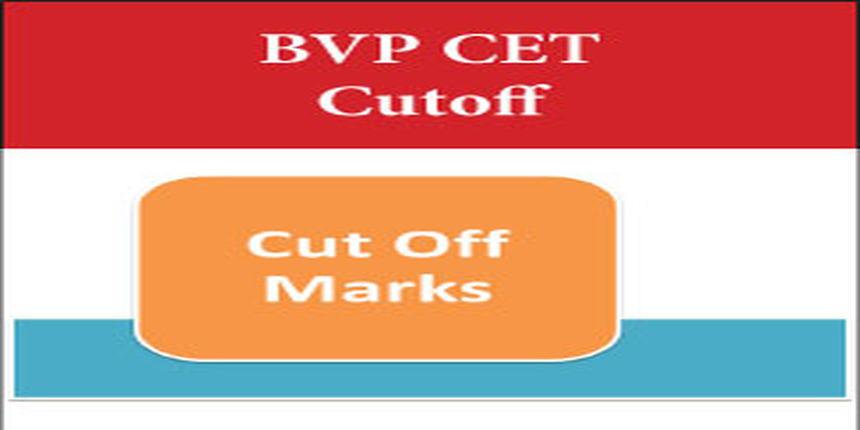 The factors that are taken into account while determining the BVP CET 2017 cutoff are mentioned below.

The cutoff of BVP CET 2017 includes certain important aspects which are given below.

BVP CET 2017 counselling will commence from June 19, 2017 and it will conclude on June 28, 2017. It will take place in Pune and candidates will have to be physically present to participate in the counselling of BVP CET 2017.

Stay tuned to engineering.careers360.com for more news and updates on BVPCET 2017.

Get real-time alerts on exam & colleges at your fingertips with Careers360 App!Click Here to Install or Give a missed call on 08080944727 to get app link.

BVP CET Counselling 2020 - Qualified candidates will have to participate in the counselling of BV...

BVP CET syllabus 2020 will contain the topics from Physics, Chemistry and Mathematics from which ...

Bharati Vidyapeeth is located in Pune, Maharashtra. The full address is:

For more details on the institution, you can visit the website: https://www.careers360.com/colleges/bharati-vidyapeeth-deemed-university-college-of-engineering-pune/amp

when i can apply for Pharm D course 2020


Application form will be out in the month of February 2020.
You can apply for BVP CET in either online or offline mode. Offline application form can be purchase from the admission office of BVP University.

Your question isn't clear, in case you're asking for admission to BCA course in Bharti Vidyapeeth Deemed University, then entrance test CET is conducted by BVDU. In addition to this candidate needs to have passed 10+2 from a recognized board minimum 45% of marks in aggregate and 40 % in case of SC/ST candidates.

hi, my bvp CET BBA merit is 2360 am i eligible for admin in any of its campus?

Your rank is quite good. Yes you are eligible for the same. Just participate in counselling and wait for the results till last round. Also keep an eye on official website. Also check out the last year cut off and proceed accordingly

Your rank is not enough to get admission into New Law College Pune, if you are eligible for any campus then they call you for counselling.For general the cutoff genrally goes around 100 .This means that you are not eligible for counselling. Although you should wait for some time and keep checking yourt mail.

View All Questions
Have a question related to BVP CET ?

Your BVP CET brochure has been successfully mailed to your registered email id .