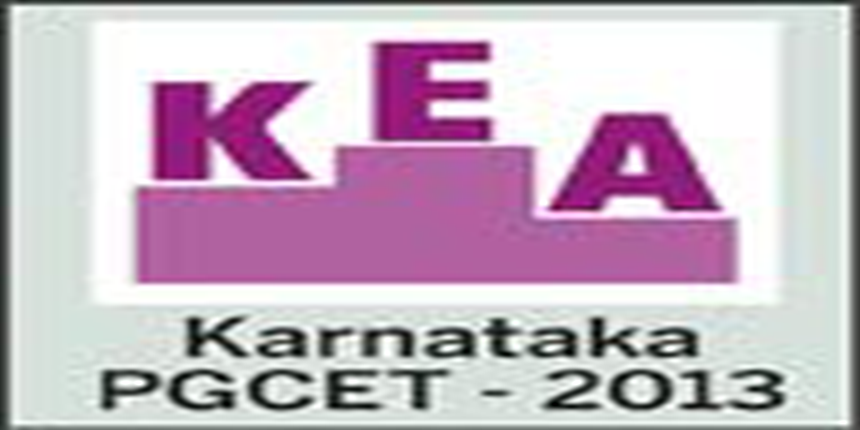 Additional: The candidate should have studied and passed in one or more Government or Government recognized educational institutions located in the State of Karnataka for a minimum period of SEVEN academic years commencing from 1st standard to qualifying examination either continuously or in broken period as on 1st July of the year in which the Entrance Test is held in a Government recognized institutions located in Karnataka State. In case of the candidate who had taken more than one year to pass a class or standard, the years of academic study is counted as one year only

Karnataka PGCET Result 2020- KEA will declare the result of Ka...

Hello,
The last date for filling of application form for Karnataka PGCET was July 7th, 2020.
The exma was supposed to be conducted on August 9th, 2020 but was recently postponed due to the current scenario.

The authorities will release a further dat for the exam and also dtaes for release of admit card.

Please keep an eye on the official website or the Careers 360 page for that
https://www.google.com/url?sa=t&source=web&rct=j&url=https://bschool.careers360.com/articles/karnataka-pgcet-mba-application-form/amp&ved=2ahUKEwiJsdPzjPPqAhV373MBHfU6Du0QFjAIegQICRAB&usg=AOvVaw3lS89Vvyn_7Gn-AnxMuLUe&ampcf=1&cshid=1596047910206

Karnataka pgcet 2020 admit card has been released yet? Because in notification it says on 27th of July... But I couldnt get links to download and there is no any further information regarding that.. Can you please tell me whether it has been released or not?

Hey! Karnataka PGCET Admit Card 2020 will be available on the official website of Karnataka Examination Authority (KEA) soon. Although the original schedule of the availability of hall ticket was July 27, it has been postponed until further notice. You can download the Karnataka PGCET hall ticket 2020 by using your application number and date of birth. New dates will be announced soon. Hope this may help you.
Read More
Answer

I have comleted my B.Tech this year. I have been solving previous year question papers of Karnataka PGCET, and got marks between 35-45. now with this marks, how much rank can i expect in pgcet 2020. or if not possible to predict, what could it be if i score the same marks in PGCET 2019.

For better colleges you should try to score more .

For more details about PGCET you can refer to

You also have previous years cut offs. You can check and see how much you need to score.

the subject ELECTRICAL SCIENCES is for the students who have completed their BE in ELECTRONICS AND COMMUNICATION branch ?

There is any chance to extend the payment date of pgcet exam ?

Karnataka PGCET 2020 postponed due to COVID 19

Your Karnataka PGCET brochure has been successfully mailed to your registered email id .