Note: Students must note that there is no DAIICT Entrance Exam from the year 2013. Students have to apply using their JEE Main Scores for admissions to the B.Tech courses at the DA-IICT University. 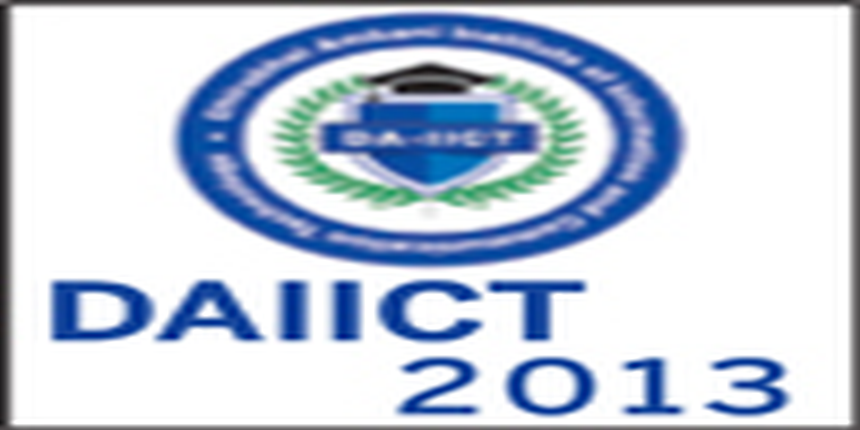 Conducting Institute: Dhirubhai Ambani Institute of Information and Communication Technology (DAIICT) on behalf of DA-IICT, a UGC recognised statutory university, is a major educational institute of the Reliance Group

About DACIIT 2013 : Dhirubhai Ambani Institute of Information and Communication Technology  If you are considering studying at one of the best technology universities in the country, DA-IICT has to be on your short list. DA-IICT is located at Gandhinagar, Gujarat and was founded by the Reliance Group.

DA-IICT, a UGC recognized statutory university, is a major educational institute of the Reliance Group. The university status has been conferred on it through a State Act of the Government of Gujarat on 6 March 2003.

In a short period of twelve years, it has built a stellar reputation.

DACIIT 2013 Eligibility Criteria: 10 + 2 students of Physics, Mathematics and Chemistry from a recognized board.

Second round of counseling may be conducted by the end of July 2013, if required.

DAIICT B. Tech Admission Dates 2017 is the schedule of events ...

Your DAIICT B.Tech Admission brochure has been successfully mailed to your registered email id .